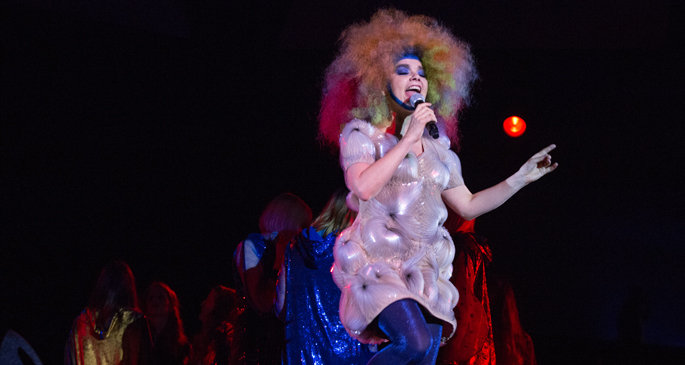 Icelandic singer Björk addressed the upsetting result of the divisive George Zimmerman trial at a performance in Toronto this week, dedicating the track ‘Declare Independence’ to the memory of Trayvon Martin. She joins the long list of performers who have recently condemned the verdict, from Bruce Springsteen who dedicated ‘American Skin (41 Shots)’ saying “I want to send this one out as a letter back home. For justice for Trayvon Martin,” to Roots figurehead Questlove, who penned a moving essay detailing his thoughts on the situation.

The trial’s verdict has captured the attention of America since its announcement last week, and sent ripples throughout the entertainment industry. Stevie Wonder has vowed not to play in Florida until its controversial Stand Your Ground law is “abolished”, Pharoahe Monch penned the urgent ‘Stand Your Ground‘ and Beyoncé halted a concert in Nashville to allow for a moment’s silence in memory of the wrongfully shot teenager.

You can see the video of Björk’s moving dedication below. [via NME]