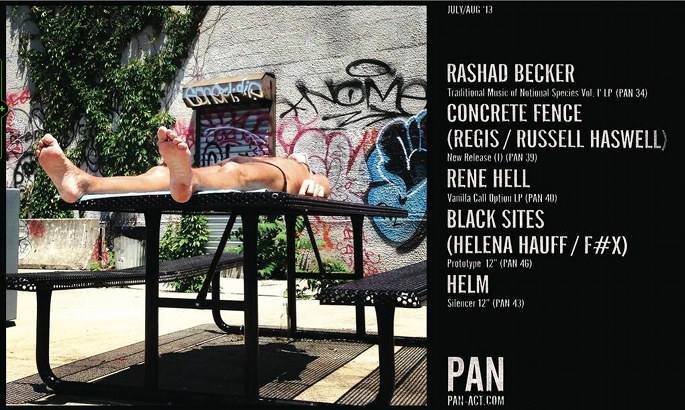 PAN have now spilt the beans on the rest of their release schedule for July / August, and it makes for impressive reading. Concrete Fence, a live collaboration between UK techno icon Regis and noise bastard Russell Haswell, will be releasing their first record for PAN this year (catalogue number PAN 39), while Rene Hell will follow his recent albums for Type and NNA Tapes with a new full-length titled Vanilla Call Option.

Elsewhere, Helm is behind a new single titled ‘Silencer’ and recent Werk signing Helena Hauff teams up with F#X under the name Black Sites for an EP titled ‘Prototype’.

Last year, we named PAN our favourite label of 2012. You can read that full feature here.