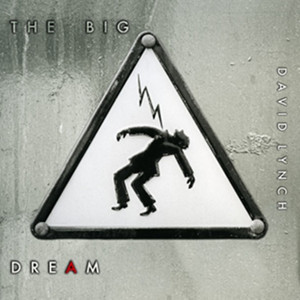 “I found it very difficult to sing,” David Lynch has said of the process of recording his debut solo album, 2011’s Crazy Clown Time. “It’s so embarrassing… Singing is really, really frightening.” It’s funny to think of Lynch bravely surmounting his own fear – that most daunting of obstacles – in order to turn in the tepid vocodered mewls on ‘Good Day Today’; frankly bizarre to imagine him conquering his visceral discomfort in service of the pasty, querulous twang on ‘So Glad’, or in order to deliver such maddeningly mundane verses as: “I went down to the football game / Went down to the football game / But I thought it was really a shame / I saw you with another man / I saw you with another man / Saw you with another man” (from, yes, ‘Football Game’). Lynch’s admission of fear was perhaps enough, at least, to convince us that this wasn’t merely a vanity project with a well-funded PR campaign; that the director had some sort of intention here, beyond making use of the immaculately equipped music studio built into his Mulholland Drive home.

Of course, the beloved Hollywood provocateur is no stranger to the music world: as well as having a hand in the soundtracks for many of his films, he has worked on a string of collaborative musical projects since the ’80s, from Twin Peaks singer Julee Cruise’s first two albums through to scorched blues-rock collab BlueBob in 2001, 2009’s Fox Bat Strategy EP and Chrysta Bell’s 2011 album This Train. None of these records are remarkable in themselves – though some are more successful than others. But they all function entirely adequately as add-ons to the Lynch universe, studies in peeling, noir-ish Americana seemingly designed to populate the desolate landscapes of Lost Highway or Wild At Heart. Just so with Crazy Clown Time. Many saw fit to praise its “Lynchian” qualities: the rich Badalamentian expanses, the surreal character portraits, the playful probing of the horror/humour divide. But, though many tried, it was difficult to ignore the conclusion that David Lynch the solo artist – stripped of compelling frontwomen and composerly collaborators – was simply not best-placed to deliver his own aesthetic vision.

Precisely the same criticism can be levelled at The Big Dream. Nothing here looks beyond the familiar palette of Lynch-isms (in that regard this album is less adventurous than its predecessor). In fact, the record’s stylistic co-ordinates can be fairly reliably plotted from teased bonus track ‘I’m Waiting Here’, in which Lykke Li shrugs on Julee Cruise’s dream-pop mantle with aplomb. Li is the only vocal guest on the album and, although she makes little effort to stray beyond the ‘Falling’ template (the accompanying Lost Highway-style video is similarly canonical), her appearance is easily the album’s most convincing moment. Elsewhere, Lynch’s own reedy tenor struggles to measure up. He tackles similarly swoonsome balladry (‘Are You Sure’), sleep-fugged rock’n’roll (‘Say It’, ‘Star Dream Girl’), and a sort of hip-hop-rock hybrid that is surprisingly convincing (‘Last Call’, ‘We Rolled Together’, ‘Wishin’ Well’). In each case the results are perfectly acceptable as chunks of Lynch-matter, but less than compelling as songs in their own right.

None of this is helped by Lynch’s rather high tolerance for lyrical inanity (‘Cold Wind Blowin’’ pivots around the lines: “Got a cold wind blowin’ / Through my heart / The game is over / You win / I lose” – a formulation Lynch sees fit to repeat three times). Frequently his sentiments seem so offhand, so hackneyed, as to verge on the ironic. But even where the material is meaty – as in his cover of Bob Dylan’s macabre ‘The Ballad of Hollis Brown’ – that brittle vocal, zhuzhed up with reverb and often given a sickly autotuned polish, sounds fatally lacking in conviction. Granted, there is evidence that this is a problem of presentation more than anything: ‘The Line It Curves’ pits Lynch’s frail voice against rich, soaring guitar textures, setting up a contrast that is strikingly sympathetic to the lovelorn monologue he delivers. With a few more such thoughtfully crafted moments The Big Dream might have been an entirely adequate sidenote in Lynch’s ever-growing oeuvre. As it stands, it is barely that.