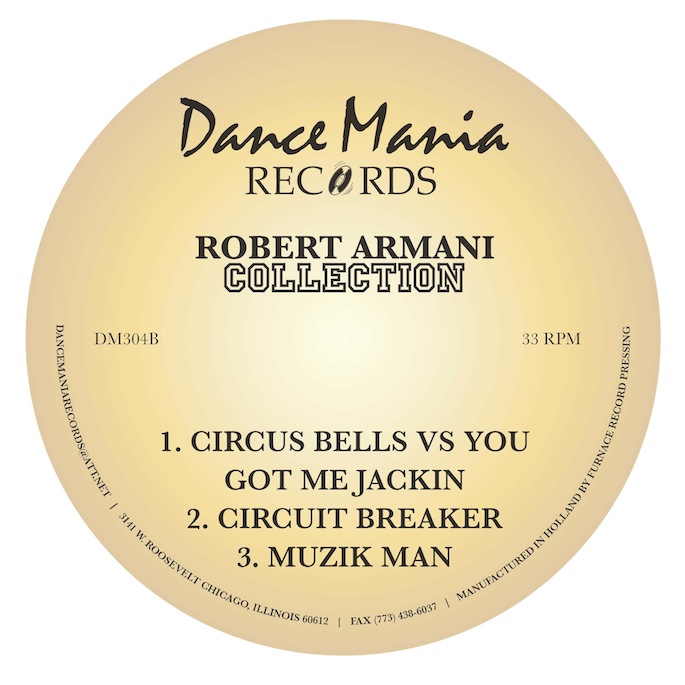 The pioneering label kicked off its return to wax earlier this summer with releases by Parris Mitchell and Traxman. Next up: a collection of tracks by acid innovator Robert Armani, due out in August. The six-track Robert Armani Collection (DM 304) compiles a handful of early-90s body-jackers by the Chicago veteran, along with a bootleg of his ‘Circus Bells’ with Alternative Reality’s ‘You Got Me Jackin’.

Listen to Armani’s ‘Ambulance’ below and check out the tracklist for DM 304. A re-release of Paul Johnson’s 1994 EP A Nite Life Thang is set to follow in September, along with TBD releases from DJ Funk and Waxmaster. For more Dance Mania, read FACT’s interview with Parris Mitchell from earlier this year.

Side B
1. Circus Bells vs You Got Me Jackin
2. Circuit Breaker
3. Muzik Man