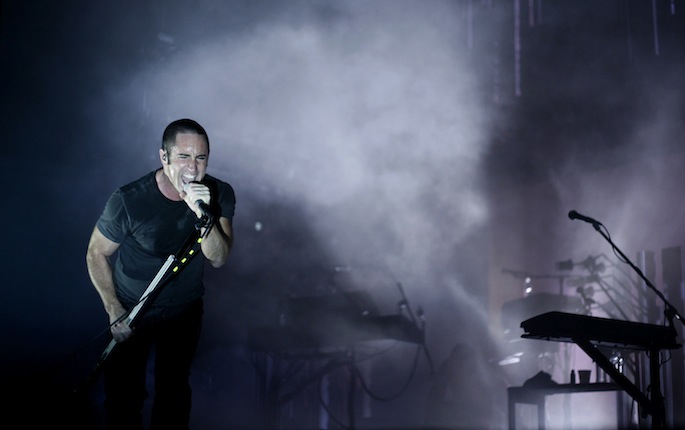 Trent Reznor and company share another glimpse of Hesitation Marks.

While the band’s performance at Fuji Rock Fest was streamed online this morning, it was difficult for fans outside of Japan to watch it. Thankfully, someone has captured ‘Find My Way’, from NIN’s forthcoming album, Hesitation Marks, in glorious 720p resolution.

As Reznor revealed in an interview with the New York Times, Hesitation Marks feels “sparse” and “minimal”; ‘Find My Way’ definitely fits that bill. The album is due out September 3 via Columbia. [via Antiquiet]