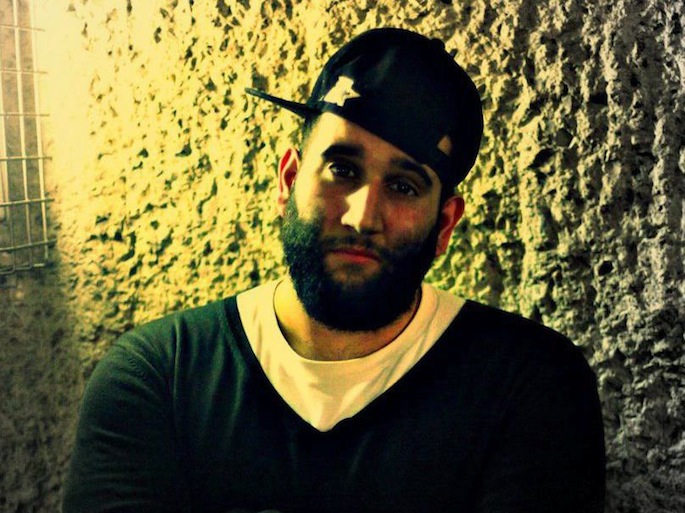 Plus, the Parisian club king opens up about his approach, his after-party essentials, and more.

Today, Big Dope P returns with his first proper EP in four years. The Diggity Two EP features five guaranteed party-starters, with nods to Baltimore club, Atlanta hip-hop, French house, and everything in between. The self-described “Ghetto House don” of France has been doing this type of thing — on his Moveltraxx imprint and elsewhere — for years, and with the dividing lines of genre melting away, he is perfectly-suited for the dance music moment.

It’s been four years since your first release as Big Dope P; what are the biggest changes in the music world since then?

Mainly, the acceptance of hip hop in the EDM world. Four years ago, doing what I’m doing was far more difficult because it was all about 4/4 fidget stuff. With all that trap madness now, blending the electronic and hip hop worlds seems more logical for people. That’s funny because a lot DJs who were saying my stuff was cool but too weird now ask me for promos and even ask for tracks that I sent them a long time ago. People are definitely more open-minded today.

What were your inspirations for the new EP?

What I’m trying to do with my label Moveltraxx is to release stuff with no boundaries, building bridges between the genres I love, such as house, hip hop, footwork, funk etc… That’s the spirit of this record. This EP is a kind of laboratory where I tried to create new styles. From hip hop / footwork tunes with samples from old Vietnamese music or ghetto disco house, melting pot was the motto.

“It’s cool as long you don’t just import the genres – you have to give something back and create new stuff from the existing genres that influenced you.”

The remixers range come from the worlds of Baltimore club to deep house and all points in between; how’d these all come together?

Once again, it’s all about building bridges. I’m a big fan of all the artists who remixed me on Diggity Two – and I met most of them on my travels as a DJ. Even if people are more open-minded today than four years ago, there are still music extremists who will only listen to one type of sound. It might sound strange but I’m feeling as close of Maya Jane Coles as Feadz or Kaytranada, even if the music is very different. I also think the best music can come from unexpected connections. I just remixed a famous indie rock band and that’s one of my favorite works yet. Maya Jane Coles remixing me is just as unexpected, but I love it.

You sample Dorrough’s ‘After Party’ extensively on the new EP. The original is one of our favorite tracks of the year — what are your top tracks for an actual after party?

Well first, it’s not really sampling. The story is that besides the Big Dope P stuff I’m also part of beatmaker/production hip hop teams, and this let me do deals with the dude like “well you want those three instrumentals? Just pay two and license me the rights for this verse for my other alias right here.” It helps a lot, and creates cool connections for my music. Sometimes I do this, sometime I record MCs and sometimes I record myself.

For my after-party essentials, it really depends of the situation but I would say:

Unlady Like, ‘Bartender’ – because I need another drink.
Policy, ‘Lights Over Fort Lee’ – when I DJ abroad and have to take a plane very early, this is my official airport after-party tune.
Ezekiel feat. Kai Skywalker, ‘Mota’ – Moveltraxx anthem. But any Ezekiel tune works.
Maya Jane Coles, ‘Comfort’ – This track and the whole album are perfect to chill out to after some club madness.
Jeremih, ‘All The Time (Funkystepz Remix)’ – Either before or after a party, it’s not a party without Funkystepz.
Mr De., ‘Dance’ – Electro Funk / Ghetto Tech at its best. The party never ends with this one.

Moveltraxx, ClekClekBoom, Marble, Bromance, the list goes on – how did Paris reassert itself as a city for club music?

That’s funny because the Paris club scene is pretty dead and all the people you mentioned here get more bookings and love abroad than they do in Paris. The club culture is nothing near what’s in the UK or most of the countries I’ve been to recently. There’s no BBC Radio 1, Rinse or Nasty FM here. Maybe that frustration makes artists in Paris more passionate and want to share their love for foreign scenes with French dudes and dudettes. It’s cool as long you don’t just import the genres – you have to give something back and create new stuff from the existing genres that influenced you.