The Big Dog Signs Out: paying tribute to Tim Westwood, and a run-down of his greatest moments on and off the radio 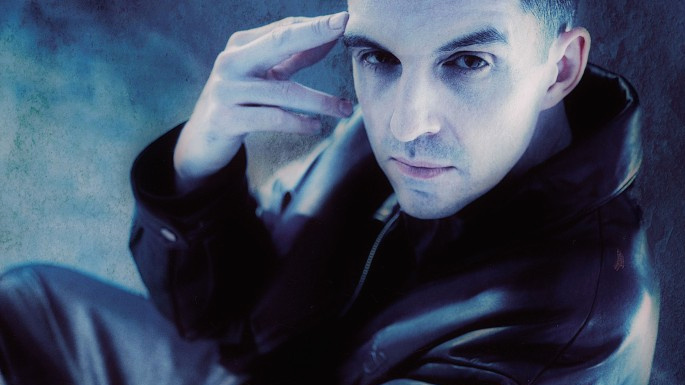 Last week, Tim Westwood lost his BBC Radio 1 show after serving almost 20 years on the station. In this article, FACT’s Tom Lea offers a 21 airhorn salute to one of Britain’s greatest ever broadcasters.

It’s easy to neglect how crucial Westwood’s Radio 1 Rap Show was in the 1990s. If you were based in the UK and wanted to follow hip-hop, there was no YouTube, no World Star. Napster wouldn’t launch until 1999, and even that was a minefield: no normal people had ADSL, to get the best stuff you had to stay up until Stateside users were online, and downloading a freestyle longer than five minutes officially qualified as hogging your home phoneline. Westwood was key, and the rappers knew it as much as we did. That’s why he can hang out on street corners with the craziest eyes in Yonkers and not break a sweat. That’s why he got to play whatever he wanted, and ask genuine hard-asses whatever questions he wanted without worrying about the same politics that US hip-hop DJs have to live with.

Speaking to FACT TV this year, David Rodigan talked about the lengths he went to to earn the trust of some of reggae’s biggest names – he was constantly knocked back trying to interview Bunny Wailer, for instance, but eventually became close friends with him – and Westwood is also someone who had to earn the trust of the rap world. And sure, to do that, he first had to earn his stripes – he’d already been DJing on Kiss FM and Capital for over a decade before the Radio 1 Rap Show launched – but he also couldn’t have done it without possessing the sort of positivity and enthusiasm that’s impossible to fake.

“Westwood’s show is surely top 3 radio shows of my generation … I can’t not mention the clubs. Under 18 raves at Stratford Rex, even driving down to Southend to his parties with him and Goldfinger. Hip-hop and Bashment all night. Girls free all night… A model I think a lot more club nights should get down with.” – Elijah (Butterz)

I interviewed Westwood last year, and although the majority of our slot was spent looking back – at his sessions with Funkmaster Flex at New York’s The Tunnel; at the time he was guesting on Hot 97 and Suge Knight was trying to break into the studio; about the personal chef he used to have cook for his guests on Radio 1 – what struck me more was that he was most excitable when talking about current hip-hop. Hip-hop, Westwood reckoned, excited him as much as it ever has (“every era is a golden era, for me” was his exact quote), and I’m certain this was no PR line. He also explained that no matter how old he gets, he still relies on clubs for the ultimate litmus test as to whether a track works or not. How many 50 year olds do you know that still think like that?

Equally, seeing Westwood’s quieter side was a pleasure. He may be best known for his exclamations and explosions, but off-air he’s an intelligent, thoughtful man – not to say that he can’t go all caps at a moment’s notice: when I asked him for a FACT TV drop, he turned Kingpin of the Car Game like it was nothing. He joked about a lecture he’d given at Red Bull Music Academy, where he was convinced that the audience hated him, but it was water off a duck’s back – I guess when you’ve been shot at for your radio show, then some nerds thinking you’re a dick doesn’t quite cut it.

Something else that Westwood emphasised in our interview was how much fun he had doing the Radio 1 Rap Show, particularly in the ’90s (“before the serious days of radio”, as he put it). The show back then, he claimed, was about “celebrating life”, and it seems appropriate to close this article with a celebration of some of Westwood’s greatest ever moments.

“It’s dubstep – who cares?” – Westwood rips it out of Chase & Status, dubstep, and speculates as to why Jay-Z and Beyonce hadn’t [at the time] had kids.

Westwood in Atlanta – the big dog tackles strip-club culture, hits the waffle house and spends his holiday clothing allowance making it rain. “He’s got the wife and kids in the back – holla!”

Uploaded for the first time this year, Westwood and The Fresh Prince back in 1989.

Smooth as you like – Biggie, Craig Mack and Puff Daddy on the Radio 1 Rap Show in 1995.

“I’d wake up before breakfast and par my mum and her sister” – Westwood steals the show in Tempa T’s ‘Next Hype’ video.

The classic 40-minute Eminem and Proof freestyle from 2000, taking shots at everyone from Puffy and Mase to Britney and Christina.

Wiley’s Westwood freestyles get a lot of attention, but this Boy Better Know cipher is the best one, capturing the brief period where Wiley, Skepta and JME were at the core of Roll Deep’s Rinse FM show and had a telepathic-seeming relationship.

Westwood takes Dipset on a tour of London. Cam’ron and Jim Jones’ exchange about the Grammys is priceless.