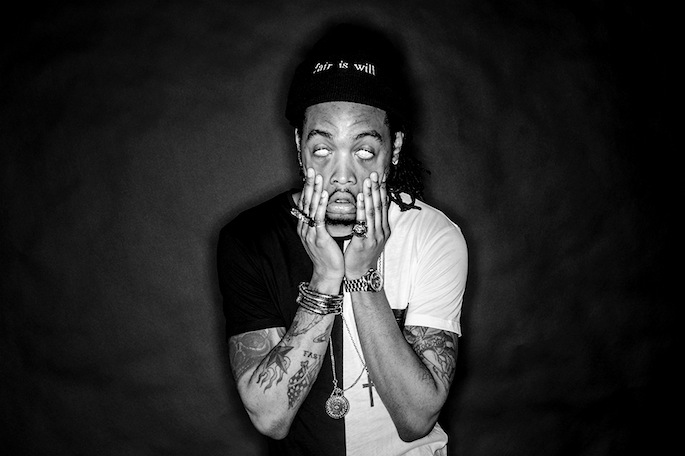 The Chicago newcomer walks the line between sinister and sensual, with plenty of hometown help.

KIT first demonstrated his dichotomous nature on ‘Fuck You’ and ‘Profit Prophet’, and his NewWavey full length builds on the promise on the previously released tunes, couching drugged-out, late-night lyrics with a deceptively melodic flow.

NewWavey is executive produced by The-Drum’s Jeremiah Meece (née Jeremiah Chrome), and the project is certainly a family affair. Along with his solo productions, the tape features tracks by The-Drum and Meece’s other duo, VALIS. Additionally, The-Drum-affiliates JODY are featured, while Chicago upstart / JODY member The GTW offers a beat as well.

Stream the mixtape below, and grab it via Mediafire. FACT recently spoke with The-Drum about their debut album, Contact, and their variety of side gigs. Plus, check out the stark clip for ‘Iodine Poisoning’ (directed by Elevator) which features KIT, Meece, the goth chicks from the album’s cover art, and a disco ball, dripping with blood.