Watch Justice explain how they made hit single ‘D.A.N.C.E.’, and the parts that Larry Levan and Michael Jackson played in the record 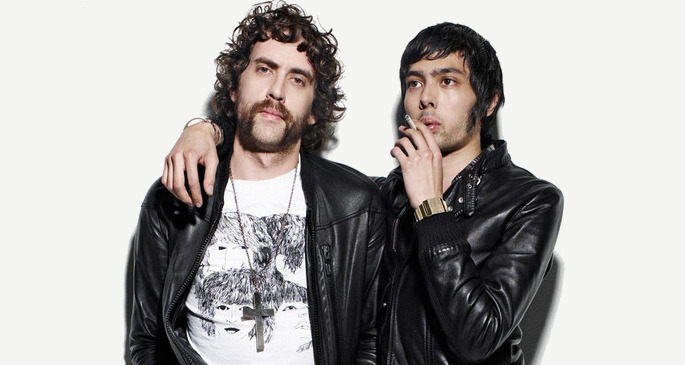 The French duo have undoubtably been guilty of making some dodgy music in their time, but you’d need a heart of stone to deny ‘D.A.N.C.E.’, Justice‘s 2007 single and a highlight of their debut album †.

In a new video interview with the NME, the pair talk about the influence that both Larry Levan and Michael Jackson had on the single. In Levan’s case, ‘D.A.N.C.E.’ not only samples the pioneering DJ’s remix of Joubert Singer’s ‘Stand On the World’, but the concept of having kids sing the hook was taken from that track.

The group then talk through the process of finding a group of kids who sounded amateurish enough to work on ‘D.A.N.C.E.’, and explain that the lyrics – something that both members struggled with, due to not speaking English as a first language – were taken from a selection of 12 (or so) Michael Jackson song titles.

Some of the information has already been out there, but it’s interesting to hear the duo revisit the track – we’ve embedded the video below. Back in April, we chatted to Boston duo Soul Clap about the influence of Larry Levan on their music, you can read that here.