The G8 C60: How David Cameron’s mixtape of British music should have sounded 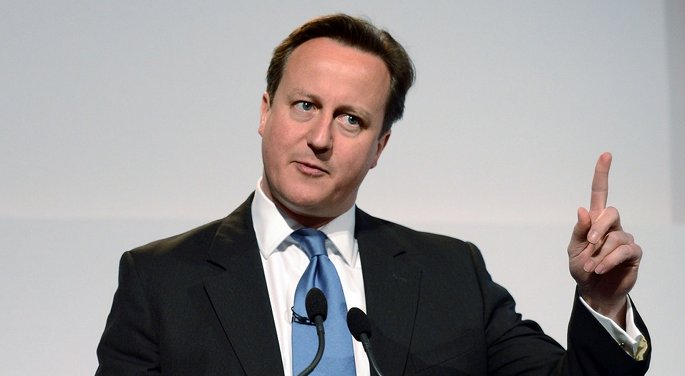 Except, a) it wasn’t a mixtape, it was a USB stick, b) it wasn’t even compiled by Cameron, as he got the British Phonographic Industry (BPI) to do it for him, and c) it was just about the most unimaginative portrayal of British music imaginable. When Rudimental’s ‘Feel the Love’ – recently number one in the charts – is as leftfield you get, then there’s trouble.

We’re not saying that reflecting British music’s diversity in 10 tracks and keeping that selection accessible is an easy task, of course. We’re not expecting Actress and Autechre here – just something that keeps things current but reflects Britain’s musical history, be that post-punk, rave or pop music. If FACT ran the country, we’d still all be fucked. But at least we’d come correct on a G8 C60 – turn the page to see what we’d have picked.

Of all the Great British musical exports, few have reached the stratospheric heights of Scottish producer Hudson Mohawke. Kanye West’s Yeezus would have sounded very different without his savvy input, and ‘Fuse’ is probably the best example of his UK meets USA pill-addled group hug. Someone tell Mr. President that the ‘special relationship’ is just fine.

At a time when the festival circuit is dominated by aging bands plying the same dated wares they were thirty years ago, it’s refreshing to see one familiar, long-running act actually taking the country’s innovative legacy to heart and doing something actually progressive. See, it is possible.

Eccentricity was a crucial characteristic of the nation’s output long before Peter Gabriel danced around in a flower costume heaving into a flute, and Jai Paul is making sure all’s not lost in 2013.

Analogue madness turned up to eleven by this Great British duo, whose widescreen turbulence was selected for the Olympic Opening Ceremony. Like heavy machinery mating.

These New Puritans – ‘Field Of Reeds’

The title cut from the peerless Southend band’s third album is a bold consummation of their journey from art-rock urchins to English visionaries, and features the lowest singing voice in Britain (yes, that really is a voice).

In which our Hype Williams hero wrong-foots our irony-inured ears with a heartfelt (we think) ode to his absent lover. Real talk for 21st century exes.

Bristol has long been a crucial hub for eccentric-yet-accessible pop music and Young Echo’s Jabu are currently carrying that torch like few others. Recent single ‘Move in Circles’ is one of our favourite cuts yet from the duo – God knows the world’s leaders would rather kick back with Alex Rendall’s voice in their headphones than Jake Bugg’s.

Devotion’s epic centerpiece is the London siren at her most sweeping and radio-friendly; surely UK soul isn’t just the province of acoustic singer-songwriters?

The Hyperdub veteran proves that summery, ’90s house revivalism isn’t just for overhyped Surrey duos. If only it was this simple for everyone with a synth and a bit of nostalgia.