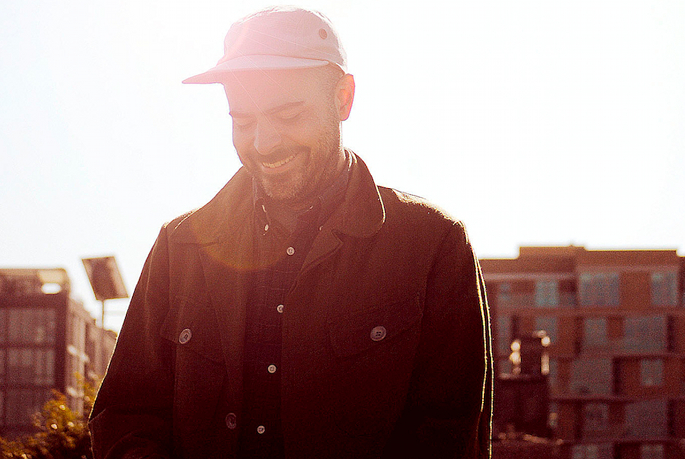 The story behind Marcos Cabral’s False Memories LP is almost too good to be true.

The 14 tracks that make up Cabral’s debut album predate all of his previous releases, having been made some time between 1998 and 2000. At the time, Cabral – a long-term fixture on the New York scene – was living in a vast loft in upstate New York, putting on monthly parties and producing rough, anarchic techno tracks for listening to in his car. By the time of his debut release in 2003 these early experiments were long forgotten, and they bear little resemblance to the twitchy minimal techno with which he first made his name, or the richly arranged disco-house he would go on to produce as one half of Runaway with Jacques Renault.

But come 2013, these naive but vivid sketches, produced on the most basic of equipment and with minimal regard for dancefloor convention, sound oddly current. The album’s release through L.I.E.S. is no surprise – label head Ron Morelli is Cabral’s roommate. But False Memories functions as a particularly elegant summation of the label’s aesthetic – one where daring and imagination are favoured over discipline and precision, where amateurishness is celebrated, and where the traditional interrelation between dance music and technological progress is turned on its head. As Cabral succinctly puts it: “Everybody could glaze over tracks, multitrack, compress and EQ everything to death. But it kind of squeezes the life out of the music, you know?”

“I think this is the healthiest the New York scene has been in at least ten years.”

Well, I started off working at Satellite Records which was a record store here in New York. From there I worked at Syntax music distribution for about five years. While I was at Syntax I was doing buying and sales, importing [records] from Europe and selling to mom and pop shops here in the States. And after that I worked at Sonic Groove, which – you could say it was the main techno record shop in the United States.

I stopped working at Sonic Groove in 2003, I think. The store closed down.

As an aspiring producer, did you benefit from working in record stores? Or is that a romantic misconception?

There’s definitely a benefit in terms of having your face out there – people get to know you, promoters come in the store, other musicians and DJs come in. At the time it was definitely very easy to get booked as a DJ because I was so visible.

Was this before you started producing?

When I worked at Sonic Groove I was making music for this German label called Trapez, from Cologne. I was basically making techno at the time.

How did you meet Ron Morelli? Was that through record stores?

I met him through mutual friends in, I guess, the mid to late ’90s. We’ve been friends for a long time.

He’s your roommate now, so I imagine you’ve been following the activities of L.I.E.S. quite closely. Is that something you’ve found inspiring? 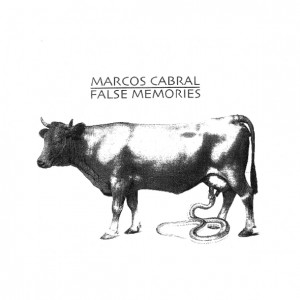 Definitely. When Ron moved in I was still playing and making a lot of house music. But I was making techno before that. For me it kind of swings back and forth – when I get bored of something I swing in the other direction. I was working on house music for so long that I was ready to experiment a little bit more again.

You’ve seen a lot of the New York scene over the years. How do you feel about the state of things at the moment?

I think this is the healthiest it’s been in at least 10 years. It was pretty healthy when I worked at Sonic Groove – I felt like there was a lot going on, every single night of the week. And most of those things were happening in Manhattan. Then there was a shift when everybody started moving into Brooklyn, and there was definitely a down period for nightlife. But now all these clubs are opening up in Brooklyn to support the people that live here.

People are quick to say that New York will never be what it was, because of the Cabaret Laws and so forth. Do you think it’s harder for musicians to get a foothold now?

So, the album. How did you discover these old tracks? I heard you did a gig…

Is it strange, given that you used cassettes the first time round, to see them treated as fetish objects now?

Yeah. I mean I like the sound of cassettes in general. Tape hiss – eventually that’s why people moved away from cassettes, because of the noise issues. But to me the noise is kind of pleasing to listen to. It’s so much warmer than listening to an MP3. I don’t mind it at all.

You were producing for quite a long time before you put out a record. Why did it take you so long?

I don’t know. I feel like I mainly make music for myself – it’s kind of like entertaining myself, you know? I don’t look back on it so much, I just keep starting new things and moving forward. These days I think more to put [a track] out. But back then I just kept moving forward and making more.

So when you were making these tracks, what was your opinion of them? Were they throwaway sketches?

I think I was pleased with them, but I never considered putting them out. I would put music I’d made on cassette tape, just to listen to in my car – because for me that was the best place to listen to music.

Could you talk about your lifestyle at that time? You were living in this huge loft, right?

Yeah, my friend and I were living in this loft in upstate New York which was about two hours outside the city. The loft was about 3000 square feet, it was huge – you could ride a bike in a circle, you know. We had a basketball hoop in our living room. We would do parties maybe once a month, because we enjoyed DJing, but it was also an easy way to make money and have fun. We would have guest DJs every time as well.

A lot of the tracks sound weirdly prescient – one or two sound a bit like Blawan, and there’s one that is weirdly similar to an MGUN track that came out just a couple of months ago. Why do you think this might be – similar equipment?

I definitely don’t think anybody’s using the same equipment [laughs]. The stuff I was using back then was so outdated it’s not even around any more, as far as the software. I couldn’t say why it’s relevant now… I guess I don’t really know. Music goes in cycles. Stuff from that period, you could say, is popular again now.

Do you think there’s a certain capital now in having quite an amateurish or naive approach to making music?

Definitely, yeah. The reason why is that everything has become so polished that when you hear something that is a little more lo-fi and amateur it sounds more exciting and unique. Everybody could glaze over tracks, multitrack, compress and EQ everything to death. But it kind of squeezes the life out of the music, you know?