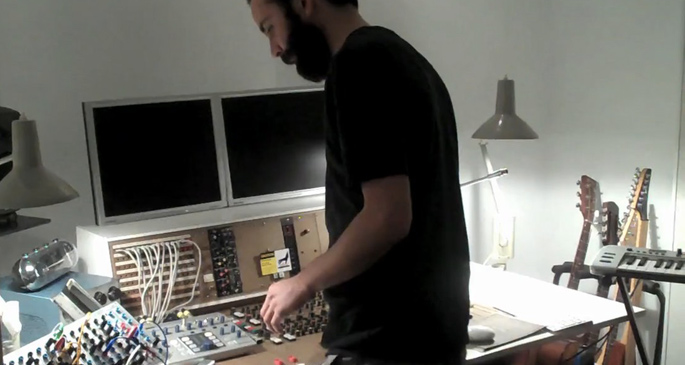 Roll The Dice member and Fever Ray collaborator Peder Mannerfelt (aka The Subliminal Kid) returns to Emptyset man Paul Purgas’ We Can Elude Control imprint with Stockholm Recorded, a devastating double header of meditative explorations of the legendary EMS Synthi A.

The British-made modular synthesizer was a key part of the early 70s experimental electronic sound, and its unmissable sound and peculiar pin-based control matrix is still revered today. Somehow Mannerfelt managed to track one of the rare (and of course, very expensive) synthesizers down, and recorded these improvisations live in May.

The first track to be shared is ‘Kägelbanan’, and shouldn’t surprise those who make a habit of cataloguing noise tapes and scouring Bandcamp for weirdos with wonky Doepfer setups. The EMS however sets Mannerfelt in his own zone, and offers a distinct character to the pulsing beats and squealing oscillators.

Stockholm Recorded will be released on August 12 via We Can Elude Control. [via Juno Plus]