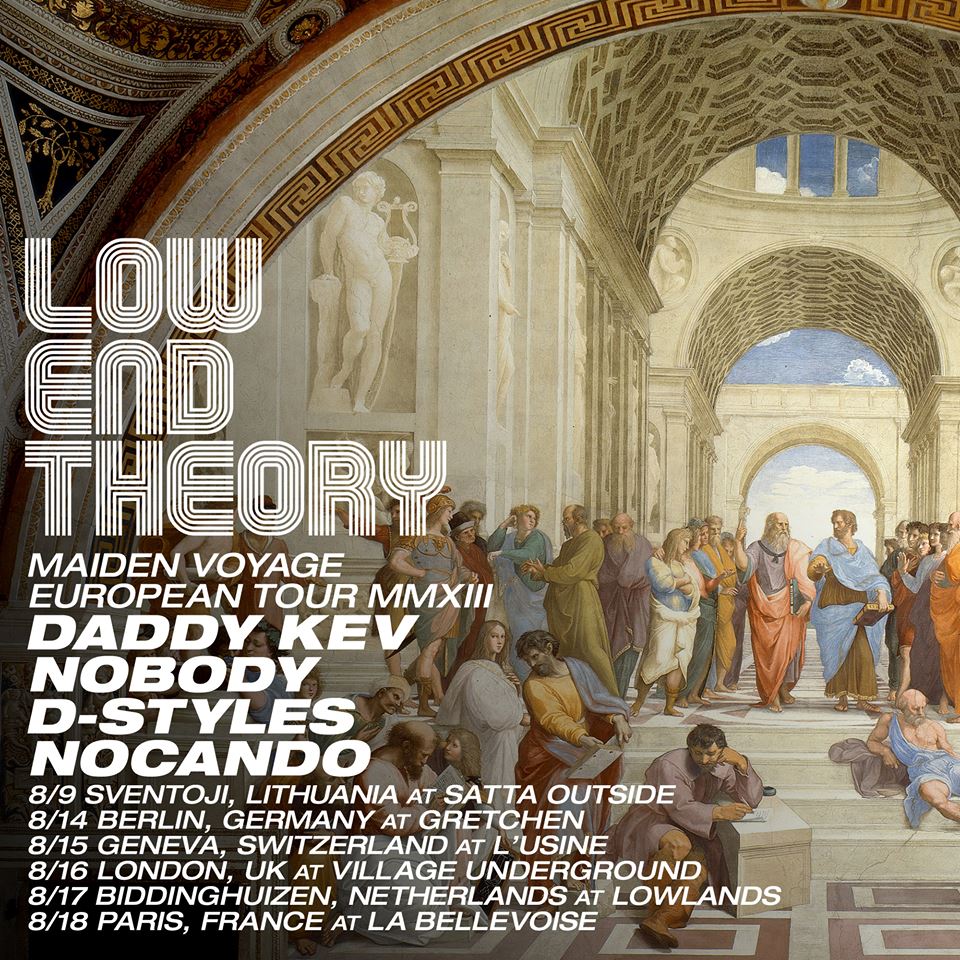 The cult Los Angeles club night is embarking on its first European tour this August.

After more than six years of rocking Los Angeles weekly, in the process becoming the epicentre of the city’s late 2000s beat revolution, an on/off NYC residency and regular Japan tours, the Low End Theory club night is finally heading to Europe for a tour this August.

Represented by its residents – Daddy Kev, Nobody, D-Styles, Nocando and now Kutmah who subs in for The Gaslamp Killer on select dates following the latter’s near death experience – the L.E.T tour will take in six countries across six dates including two festival appearances.

For anyone who’s been wanting to get a taste of the legendary club night but can’t afford the cost of a trip to Los Angeles this European tour will at least provide a decent enough substitute – setting is after all also part of the experience. You can also expect something new from Nobody who’s latest album, Vivid Green, dropped this past week.

And if you haven’t read it yet, our lenghty interview with Kutmah from earlier this year is a great primer on the early days of L.A’s beat scene.

See below for full dates.