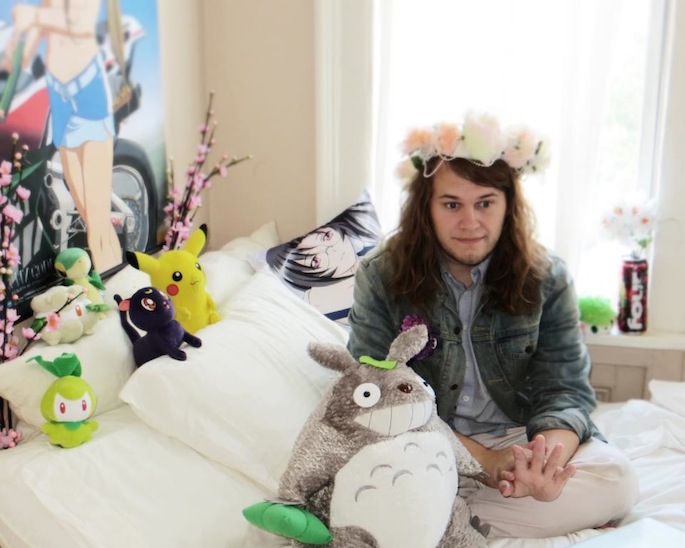 After confusing fans and infuriating commenters, James Brooks has abandoned the moniker Dead Girlfriends just a week after announcing his name change.

The former Elite Gymnastics musician had named the project after his Tumblr and as a reference to some of the feminist themes running through his lyrics, a topic that he touched upon recently in a tirade against sexism and racism in the music industry.

Brooks then came under fire from commenters who suggested that, despite his good intentions, Dead Girlfriends perhaps wasn’t the cleverest name he could have picked to get his message of equality across, even inspiring a Spin roundtable on the issue. Days later he announced another new name, Default Genders:

this is a post where i tell you that i have officially changed the name from “dead girlfriends” to “default gender”
the name sort of had an effect i didn’t want, and it took me a little while to think of another phrase i could use that contained words that start with D and G so the artwork with claire’s drawing would still make sense. it doesn’t roll off the tongue as easily but thematically it makes more sense i guess
i’m in the process of changing all the URLs and stuff that it’s possible to change, changing the name in the actual artwork and website header and stuff will take me longer and i can’t do anything about the press that’s already out there with the old name, but it will probably come out in the wash eventually
i apologize to anyone who’s inconvenienced by this but especially to anyone who was upset or offended or grossed out by the old name, and to the other band that was using the name first
thanks,
james

Brooks has now released a video for ‘Stop Pretending’, a track from his new EP of the same name  – watch below: