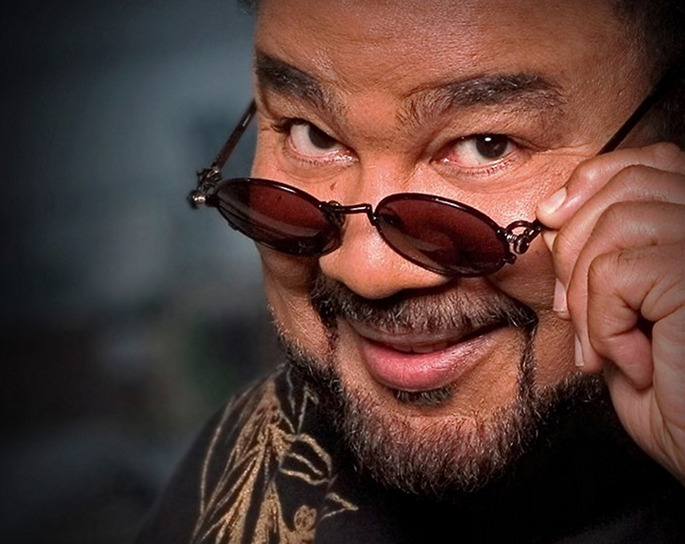 News broke today that legendary fusion musician George Duke had died in Los Angeles. FACT’s Mr. Beatnick pays tribute to a musician who collaborated with Frank Zappa, Michael Jackson and more, while also releasing classic solo records and becoming a favoured sample source for the likes of Madlib and A Tribe Called Quest.

Ask a jazz collector what George Duke’s music means to them and you’ll probably get a single word back in reply – “fusion”. “Fusion” is a much maligned and confusing term – as the late ’70s turned into the early ’80s, the word became synonymous with lightning fast synthesiser solos, frenetic rock leads and drumming that prized technical virtuosity over feeling and melody. It’s crucial to remember what the origins of the word, and indeed the music were – “fusion” initially meant a head-on collision between the worlds of rock and jazz, and George Duke was undeniably one of the key musicians who brokered this new concept to an unsuspecting audience, aiding and abetting the likes of the nimble-fingered violinist Jean Luc Ponty, musical surrealist Frank Zappa, and a host of other collaborators as they began to push the boundaries between the two genres.

It’s interesting to note that Duke’s career as a solo artist, and perhaps his best loved period of creativity, came about not in the lofty, richly talented jazz scene of his native California, but thanks to a European label based in the Schwarzwald-Baar district of Germany. MPS, aka “Musik Produktion Schwarzwald”, meaning “Music Production [of the] Black Forest”, was an audiophile jazz label founded by a devoted collector named Hans Georg Brunner-Schwer, and was arguably the first German jazz label. Hans was meticulous and enterprising – his vision was to set new standards in recording fidelity, with sessions helmed by the finest talent in the US and closer to home. Consequently these MPS releases that were tracked in the studios of a sleepy village under the shadow of the Black Forest over the next two decades resonated with sophistication and hi-fi sparkle.

As MPS grew it began to break with the traditional locked-hands piano records that they were initially associated with, and they began to stretch out in more experimental, rock and funk-inflected directions. Duke became their front running progressive jazz-rock artist, with a string of albums that included Solus 3, The Inner Source, Faces In Reflection, Feel, The Aura Will Prevail, I Love The Blues, She Heard My Cry, and Liberated Fantasies among others, all recorded over an insanely productive five year stretch.

On these records, which remain some of his most popular and influential to producers from all sorts of genres, George’s trademark Fender Rhodes and Arp synthesiser lines tumble and weave, undulating over lush, colourful backgrounds writ large with melody and harmony, often layered and enriched with his own singing. These are albums that defy categorisation, a casserole in which influences from jazz, Brazilian music, African music, soul, funk and rock are tossed together and brought to the boil, with lashings of electrified experimentation. As exhausting as the frenetic soloing passages often are in these records, equally there are lusher, more subtle moments that don’t get the credit they deserve. George’s virtuosity with tone colours cannot be denied – an ardent fan of cutting edge recording technology, his playing took synthesiser leads to spiralling new dimensions, and are particularly distinct on the 13 Frank Zappa albums he played keys on, recorded in parallel with his solo MPS albums. (For any Zappa nerds reading this, check out George’s appearance as himself in the movie 200 Motels alongside Ringo Starr, who amusingly plays the role of Frank himself).

With the late ’70s disco revolution came a shift in jazz towards the mainstream. Fusion players like Stanley Clarke found themselves being approached by American majors like CBS, keen to push experimental jazz inflections into dancefloor territory, and Duke rode the crest of the wave, showing that he could P-funk even harder than he could prog, penning the enduring dance-floor favourites ‘Reach For It’ and ‘Dukey Stick’ around this time. In 1979 Quincy Jones called on him to lay down those trademark keyboard fills for Micheal Jackson’s seminal Off The Wall album, and a year later came one of his biggest selling solo albums, Brazilian Love Affair, where the rhythms and percussion of Rio met the smooth, expansive r’n’b stylings of the early ’80s, a blend that he also explored on the chart-topping, smooth jazz album Snapshot.

There’s a lot more to cover here that we simply haven’t got space for – a sideman for the likes of Billy Cobham (‘Crosswinds’), Eddie Henderson (‘Sunburst’), Miles Davis, Jean Luc Ponty, Airto Moreira and many more, the list of classic recordings Duke appeared on is vast. Interest in his work experienced a resurgence in recent years thanks to Brainfeeder’s Thundercat, whose popular cover version of ‘For Love I Come My Friend’ brought his music to the ears of a younger audience. A singular voice in music history, with a unique ability to sing through his keyboards, rest in peace George Duke, your aura will prevail.