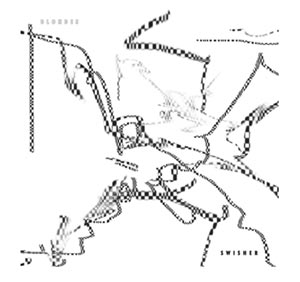 As a counterpart to the “messy techno” Adam Harper describes in his essay for Dummy, a number of albums have quietly emerged in recent months that point the other way, towards the prettification of underground dance music. You’d expect velvety, colourful techno and house to be too polite to engage with on a meaningful (i.e. dancefloor) level, but done well, they’re anything but lightweight. Packed with grooves that perfectly suit the club environment, artists from the UK, continental Europe and the US draw on the rich history of synth music from electro to IDM and kosmische with glorious results. Particularly notable were DJ Koze’s polychromatic, psychedelic techno jams on Amygdala, the sun-kissed funk of Beautiful Swimmers’ Son, the glistening ambience of Immunity that Jon Hopkins tempered with a surprising grittiness, or Blondes’ RVNG International labelmate Stellar Om Source’s iridescent blend of Emeralds-esque synth music, acid, electro and techno on Joy One Mile.

Luminous and winsome but never twee, Swisher joins their ranks. Though Blondes’ self-titled debut was excellent, repeated listens flattened it out, so it never felt quite three-dimensional enough to endure. Swisher is a lovelier record than Blondes, but it’s also deeper, more oblique and introspective, its sun-dappled romance toughened slightly by a smouldering undercurrent of latent darkness. The songs that stick are the murkier ones, like ‘Bora Bora’, with pounding kicks and jangling drums that build up to a prolonged swathe of humid feedback, or ‘Wire’, whose reassuring thumps and moody synth melodies betray a strong Basic Channel influence, yet are minimal enough that the percussion has plenty of room to clatter away.

Songs meander and eddy in vibrant, self-contained worlds of sound, such as ‘Poland’, whose low dub-techno throb, crisp clap and whirling synth melodies and countermelodies are at first quite discrete, then coalesce into a sparkling, cloudy mass and resolve into a joyous groove. Radiating a soft lambent glow and suffused with a vague melancholy, ‘Andrew’ opens with a wispy vocal and flutter of synths. Toms patter and brushed percussion rustles over the looped melody and gently whomping kick drum, the whole effect like diaphanous veils in a breeze, always shimmering and shifting. ‘Elise’ is one of Swisher’s loveliest and most accessible tracks, its jangly chords and catchy bassline bringing the album to a euphoric close.

As Blondes exclusively use analogue equipment, Swisher is a far cry from so much preset-heavy or consciously futuristic, inhuman-sounding house and techno. The effect can be slightly retro: ‘Rei’, for instance, with its golden electro synth burble and pounding drum-machine beat, is as close in sound and affect to Selected Ambient Works 85-92 and The Secret Tapes of Doctor Eich as it is to recent house and techno albums by artists such as DJ Koze and the like. Though the songs on Swisher are occasionally a little too long – even the shortest is more than five minutes, and ‘Andrew’ nearly 10 – they’re mostly dynamic and varied enough that boredom never really has the chance to set in. It’s too early to say if Swisher and other recently released house and techno records that embrace prettiness while avoiding sentimental froth are the stuff of a new pattern in dance music, but if it means more albums in this vein, I certainly hope so.