Miley Cyrus has named her album, and it might be the worst title of the year 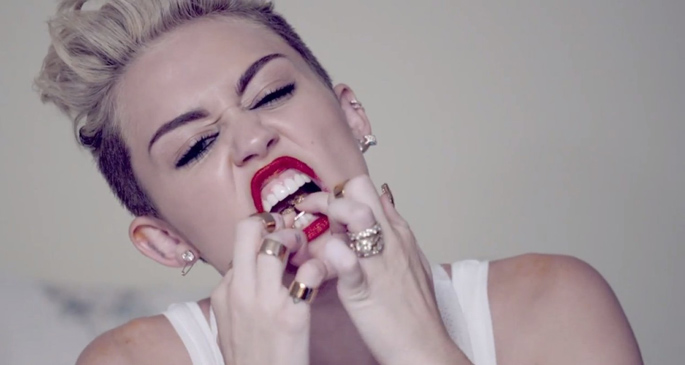 Not anthems – leave that to the Artful Dodger.

Last month, Miley Cyrus announced that she would reveal the title of her new album if she reached 13 million followers on Twitter. Well, yesterday she did just that, and so she dropped the bomb.

If you don’t know why my record is called BANGERZ you’ll know as soon as you hear it. Nothin but #BANGERZ

Yes, she has named her record BANGERZ. That’s BANGERZ, in all-caps, with a Z. And a hashtag, if you like.

Miley “Or Was That Molly?” Cyrus is currently riding high on the success of her Mike WiLL Made It-produced subliminal ode to MDMA ‘We Can’t Stop’, which came with a pretty jaw-dropping video in which the singer donned a gold grill and twerked like her life depended on it.

Despite this apparently successful transfer into the world of hip hop – she’s set to make her rap debut soon – the starlet recently complained to Notion that she is still sorely misunderstood by the public.

“People have this misconception of me that I’m just one of these kids on TV and that now I go off and party and I’m just this ratchet white girl,” she said. “I work really, really hard, I’m just in a different environment. I’m young and living and in LA which is everyone’s dream, you know.”

On the plus side, the singer’s twerk-pop anthem recently spawned its own 37-track remix compilation, with highlights including Dan Deacon’s ‘50% Reduction Straight Chop Remix’ and Sperm Snake’s ‘Sludge Metal Chopped & Screwed Garageband Edit’. It’s a must-listen.