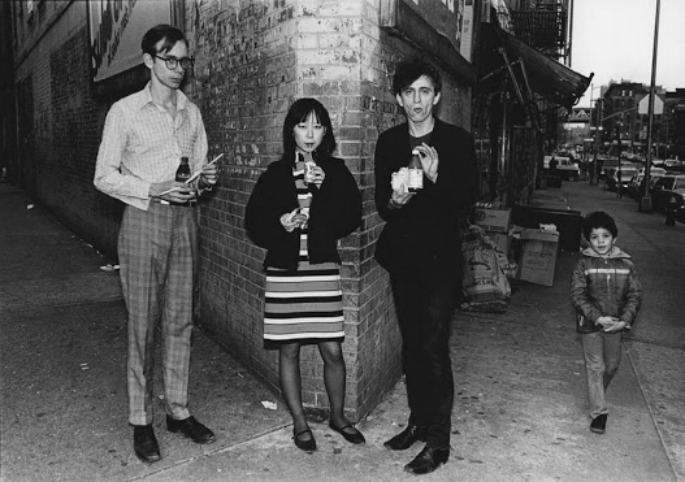 The musician passed away last Sunday, 4 August. His age and cause of death were not announced.

Wright c0-founded Pere Ubu in 1975 with guitarist Peter Laughner and frontman David Thomas (the only constant member of the still-active group), forming from the ashes of protopunk outfit Rocket from the Tombs. The band’s blistering ’30 Seconds Over Tokyo’ was released that year with a lineup that included keyboardist Allen Ravenstine, guitarist Tom Herman and drummer Scott Krauss.

Wright left Pere Ubu in 1978 to join Arto Lindsay and Ikue Mori in DNA (pictured above, with Wright on the right), whose abstract noise and angular guitar-shredding had a profound influence on rock and experimental music over the course of the 1980s. They released the mini-album A Taste of DNA in 1981 before the group disbanded a year later.

Wright is also credited on the opening track of Brian Eno and David Byrne’s 1981 landmark My Life in the Bush of Ghosts. According to the Cleveland Plain Dealer, Wright continued to work as a songwriter, guest musician, studio engineer, and tour technician. [via Spin; Billboard]

Watch Wright in action with DNA on ‘Blonde Red Head’: