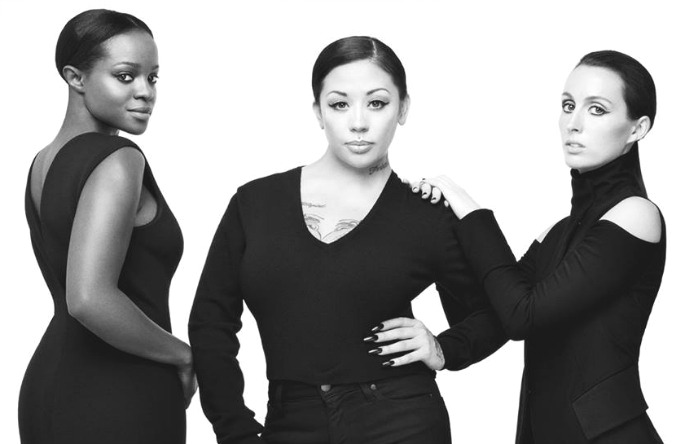 Some untruths, to start: Pop is throwaway. Pop is fluff. Pop is shallow, and doesn’t really mean anything. Pop is for girls.

In a world where R. Kelly performing ‘Happy People’ can reduce the founder of Pitchfork to jelly, there’s no doubt that pop music has been wholly rehabilitated into the cultural conversation over the past decade. Being down on pop, dismissing it as throwaway or shallow, is no longer the done thing. Generation Xers grimace at their successors, bemused by their wide-eyed love for Mariah Carey and ‘Gangnam Style’, while formerly indier-than-thou music publications fall over themselves to get Lana Del Rey or Lady Gaga on the cover.

Now that all but the most po-faced musos freely declare their love of the Top 40, it’s understandable that dozens of half-remembered stars have lately attempted to crawl back into the spotlight and make good on all those broken dreams with a last fling on the reunion circuit. From Take That, Backstreet Boys and the Spice Girls to Liberty X, Atomic Kitten and, er, the Honeyz, an era of detente has welcomed back one reunited pop outfit after another, to varying levels of enthusiasm.

With that in the background, the stage seems set for the return of one of the best loved, and most sorely mourned, British pop groups of this century. The original Sugababes line-up was last spotted in Japan in 2001, when a still-teenage Siobhan Donaghy made an unannounced dash for the airport and never came back. Twelve years, three new members and eight million records later, the Sugababes have morphed into an entirely different trio of singers – leaving the original three-piece with a huge, flashing question mark over their heads. Wisely, they answered the call, and news of their reunion as Mutya Keisha Siobhan (the Sugababes name belongs to the three replacement members, legally) was greeted with unabashed hysteria by those of us who remember waking up to ‘Overload’ on Sara Cox’s Radio 1 breakfast show.

For the past year they’ve been trickling out news of their comeback, giving us a sultry reworking of Kendrick Lamar’s ‘Swimming Pools (Drank)’ and an ultra-slick comeback single, ‘Flatline’, but tonight seems like a major milestone: the consummation of both the past year’s work and the previous 15 years’ tortuous journey. The good news for MKS is that the crowd could not be more on their side if they collectively jumped the barrier onto the stage. The Scala is packed out and sweltering on one of the hottest days of summer, but the audience is eager – frighteningly eager – to see this pop phoenix rise from the ashes. When the familiar drum breaks of ‘Overload’ boom out across the room and Donaghy walks on stage, the crowd seem to levitate as one as they crane their necks to get a glimpse. 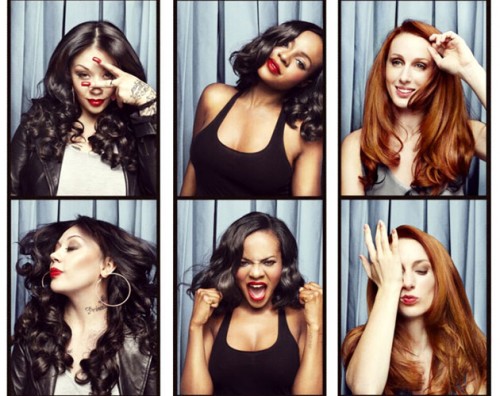 So why are all these grown-ups (and we really are grown-ups – there’s barely a teenager here, although that may be down to the venue’s age policy) losing their shit over a pop group who released just one album together over a decade ago? They certainly don’t possess the tongue-in-cheek humour of Katy Perry or Ke$ha, or the glitterball theatricalism of Lady Gaga or Beyoncé. They care not a jot for overblown spectacle, performing tonight under a canopy of silver umbrellas with only the faintest touch of choreography to accompany them – a switchover here, a slow lean there.

The answer is apparent from that first frenzied reaction to ‘Overload’, a song as well-preserved as Jerry Hall and twice as sassy, which they throw away like confetti despite it being one of their best. From there it’s a solid run, passing through the strident harmonies of ‘Run For Cover’ to the first of six new songs, all of which, to the crowd’s obvious relief, sound decent at worst and revelatory at best – highlights being the sugary bounce of ‘Boys’ and their own ‘Survivor’-style anthem, ‘I’m Alright’.

Despite giving over half the set to new material, the fizzing atmosphere never lets up. Special adulation is reserved for Donaghy, as the crowd drown her out with cheers in the final verse of ‘Stronger’, originally sung by her replacement, Heidi Range. That song in particular is typical of the group’s subtle genius, which marks them out from the hyper-sexualised gloss of the younger pop generation, while steering well clear of the New Boring dross helmed by Emeli Sande and Ed Sheeran. Simple enough to feel universal, yet saved from blandness by their voices’ complex range of timbres and harmonies – Donaghy’s soft trills, Mutya Buena’s mellow huskiness, Keisha Buchanan’s power and range – they effortlessly communicate emotions a little deeper, a little grittier than their competitors.

They close with a trio of belters – ‘Freak Like Me’, their Kendrick Lamar cover and finally ‘Flatline’ (which includes a lyrical dash of ‘Push The Button’). Coming in at just under an hour, there’s an appetite for more, but that’s all we’re getting. The lights go up, but no one moves – for minutes the crowd simply stands and cheers in the simmering damp heat, chanting “MKS!” over and over in the hope of prolonging the moment. It’s the sort of behaviour you’d expect at a One Direction concert, or even at a gig by The National or Fleet Foxes, or one of those other earnest bands who attract religiously devoted fans.

This much is clear. Mutya Keisha Siobhan are not throwaway – what could be less disposable than a band that returns after 12 years with a show like this? – and neither is their music. Pop doesn’t have to be fluff. Pop doesn’t have to be shallow, even when it’s having fun. MKS aren’t three naive teenagers anymore, but three grown women who’ve had their share of drama and disaster and have lived to tell the tale. It’s a simple redemption narrative that speaks to everyone, but their personalities shine through, breathing realness into the breeziest of choruses. Even when it’s standing still, in flat shoes, on a tiny stage, with no confetti cannons or backing dancers – even then, pop really can mean something.