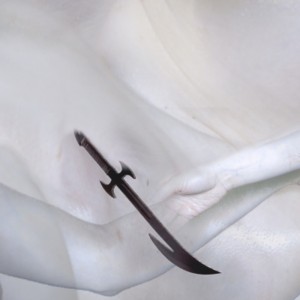 Dynooo is often mentioned in the same breath as Cupp Cave, and justifiably so; both are Belgians who made their name with a medicated take on post-Brainfeeder hip-hop, and together they founded the now-defunct Surf Kill label back in 2010. But where records on Ramp and Vlek (the latter as Ssaliva) have seen Cupp Cave’s profile rise steadily in recent years – an ascent mirrored by international running mates like Wanda Group – Dynooo has remained a more reclusive figure.

That’s not to say he’s not been making music, or indeed putting it out. The producer – who has apparently relocated from Ghent to south London since the last time anybody thought to ask – has put out several low-profile LPs in the past two years. But perhaps his output has been just a little too omnivorous to make a lasting impression. Certainly, his 2011 run of form seemed the product of a restless spirit, spanning as it did from the fuggy, loop-led curios on this quixotically titled fella to Vvideo Hair’s bite-sized dance experiments and an LP of soporific synth etudes as Munch Room.

Lately, however, Dynooo’s work has displayed a growing surefootedness and stylistic focus. Mesh N2 Air, like last year’s De Vlindermes, veers away from the mossy sample-scapes of old in favour of a rather swooning, overtly melodic sound not dissimilar from recent Ssaliva. Thankfully, we are spared the more cliched hangdog gestures sometimes associated with the form; Dynooo’s productions are densely arranged but rather ambiguous in tone, tending to hover in oblique stasis. ‘Gel Lite’ and ’08’ are both understated delights, particularly the latter, with its steamy bell-like tones and coiling synth figures. ‘Imprzz’, meanwhile, would be forlorn were there not something faintly discordant buried beneath its hyper-compressed surface.

The couple of occasions where Dynooo flirts with more strident emotion are perhaps the record’s highlights – as in the tentative optimism of ‘Marazul’, or, even better, ‘WV’, a fugitive eurotrance breakdown that seems to have made its escape nestled in the spools of an ancient VHS tape. Elsewhere it sounds like Dynooo may have been keeping an ear on dreamier currents in recent rap production, but his take on the form is pleasingly slantwise. ‘FitzrvyA’ scatters shards of heartfelt vocal and chords over a halting rhythmic backing in a manner not so distant from Clams Casino. ‘SLAZ NGRR’, meanwhile, sees our man rummage through the cloud rap assembly kit without bothering to glance at the instructions; the ingredients are all there, but the way they hang together is decidedly cubist.

Many of these tracks feel like they could be a little meatier; Dynooo’s ideas are certainly appealing enough to merit expansion. But if Mesh N2 Air makes a rather light impact, perhaps that’s the point – Dynooo’s is a subtle perfume, but it’s rather compulsive on the nostrils.