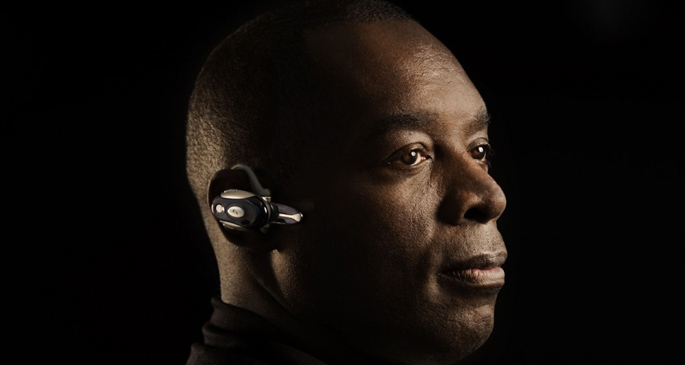 Dancing in the street.

After FOUND‘s wildly successful June festival, they have decided to bring back the humble street party yet again, but typically for FOUND, this isn’t your average street party.

Gone are the party hats and hoarse local entertainers, and in their place a lineup of talent that wouldn’t look out of place on any of the world’s festival stages. Heading up the festivities is Detroit originator and member of the Belleville Three (along with Juan Atkins and Derrick May) Kevin Saunderson. His influence on the course of techno music is something for the history books, and he’ll be bringing his unfuckwithable sounds to Shoreditch, whether we deserve it or not.

Co-headlining will be an equally stellar guest, influential NYC house innovator Frankie Knuckles. Considering house music (and especially vintage house) has made a massive comeback this year, it makes sense that people should have the opportunity to get to see someone who was a part of the genre’s genesis.

Voyeur and The Mendez Brothers will be rounding off the list of performers, and limited advance tickets can be procured from here. 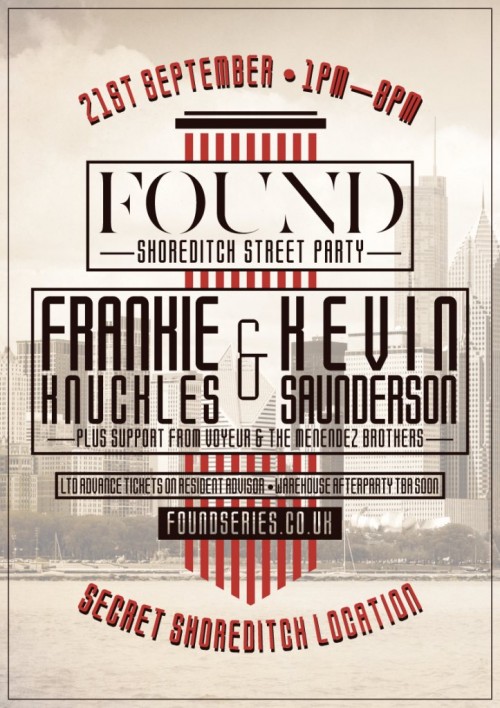