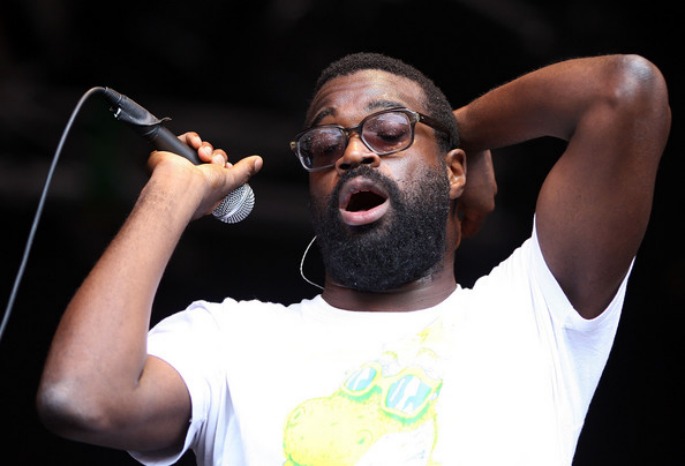 TV On The Radio frontman Tunde Adebimpe is set to star in the next film by writer and director Sebastian Silva, the man behind the acclaimed 2009 film The Maid. Nasty Baby will see Adebimpe and Silva in the role of a gay couple looking for a surrogate mother to have their child, with Bridesmaids star and SNL regular Kristen Wiig slated for that role. Adebimpe’s no stranger to the big screen, having previously appeared in the 2005 film Rachel Getting Married. [via Exclaim]

TV On The Radio recently delivered a new single, ‘Mercy’, but there’s no album on the way just yet. “We’re sort of collecting material for a record,” singer Tunde Adebimpe said earlier this year, “but right now we’re only thinking in terms of songs, smaller things we can put out regularly until an album seems possible. Which I love.”

Meanwhile his bandmate Dave Sitek recently posted dozens of stems from tracks on his Federal Prism label up on Soundcloud, inviting producers and remixers to get creative with songs by Freddie Gibbs, Kelis and more.

Tags: TV on the RadioTunde Adebimpe