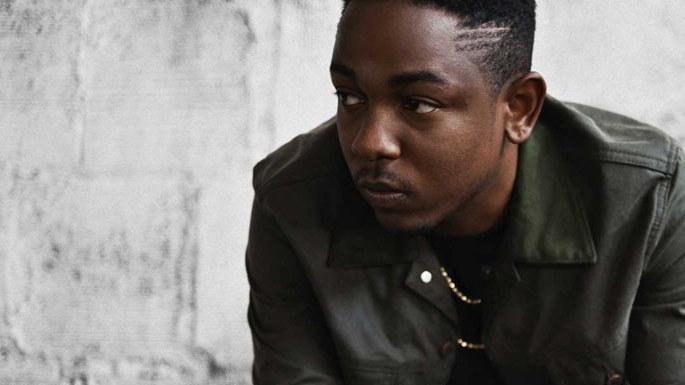 With the way individual tracks are now consumed, the idea of what constitutes a single has shifted dramatically in the last half a decade, and its for this reason that the songs reviewed across the next six pages are a combination of 12″ vinyl releases, mixtape cuts, Soundcloud uploads and more. All are treated equally – well, most of the time – with Lady Gaga, Morri$, Fat Trel, T. Williams, Big Sean and more in the line of fire this week. 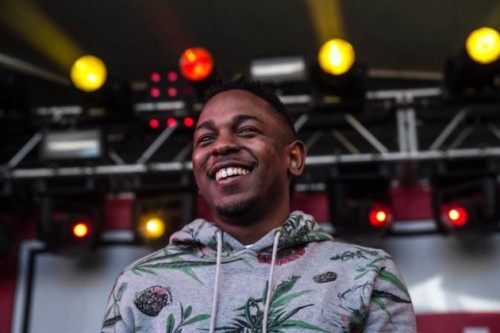 John Twells: OK can we all agree that there’s really only one reason to listen to this track, and that once you’ve heard it there’s probably no reason to ever bother listening again? The production’s boring, Big Sean is, well, Big Sean and Jay Electronica, well, you sort of forget he’s even there. Kendrick’s great, sure, but when did a rapper saying “I’m the best” become headline news? (5)

Chris Kelly: Bullet points: Kendrick raps circles around the Rap Middle Class, ho hum. Big Sean makes history by being ethered on his own track. And what the fuck is a Jay Electronica? (5)

Chal Ravens: For my two cents I implore anyone bored by the faux-controversy to listen again to Kendrick’s verse, start to finish, and observe an artist in his absolute element – the skydiving metaphor at the end is mad genius, undiluted. Big Sean’s effort is commendable but doomed to linger in Kendrick’s shadow, and Jay’s verse is forgettable, but the beat is pretty convincing – by my calculations that pushes it just over half marks. (6)

Brad Rose: It’s kind of sad that Kendrick’s verse here is what counts as some huge scandal/big deal in rap these days. I mean, it’s a great verse, don’t get me wrong, but compared to real rap blow-ups in times past, this feels like an internet flame war. For fuck’s sake he calls out generally bad, sometimes middling MCs like Big Sean (though lol), Meek Millz, A$AP, & Wale? This is shocking, that Kendrick thinks he’s better than any of those guys? This seems like common knowledge to anyone who has ears. Good lord. I love that this is billed as a Big Sean track, too, since nobody cares or remembers his verse at all (sounds like Big Sean’s entire career, really). Anyway, I missed the whole freak-out the day this came out because my daughter had a bad case of diarrhea and was shitting all over everything, me included, and seemed to find the whole thing hilarious. Everyone got exactly what they wanted that day (except Big Sean. Oh, and Jay Electronica who exists here). Dope beat, too. (7)

Joe Muggs: I really am an old bastard: it’s good and all but you start thinking “surely there’s Wu Tang albums where EVERY SINGLE VERSE is that good?” Then Chris Rock pops into your head and goes “You rap well? Whaddya want, a cookie? You’re SUPPOSED to rap well!” (7)

Steve Shaw: I picked up a free copy of Ted Parker’s great Voices of the Peruvian Rainforest this week. What did everyone else get up to? 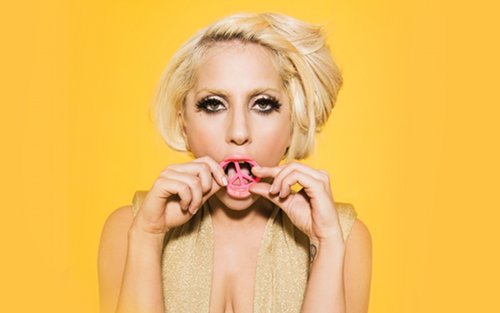 Brad Rose: It bums me out that I have friends who are going to be really into this. I need to re-examine my life choices. (3)

Chal Ravens: Big, ballsy nonsense that sounds like it was produced with a baseball bat. This is why cocaine and pop music have had such a long and fruitful relationship. (4)

Joe Muggs: Great, this is the Good Gaga – less Elton John / Broadway schtick, more badass electroclash attitude and war machine production. Whether it’s really good, only 5,000 hearings in the background on radio and in shops will tell, but it’ll do. (7)

John Twells: I really struggle with Lady Gaga. I don’t mind good pop music, but there’s something about her voice and her shtick I just find absolutely repellent. Even when it’s on in the background in a liquor store or something I still want to rip the speakers off the wall and toss them into someone’s face. I guess I’m not a fan. (2)

Chris Kelly: She may be borrowing more from Bowie than Madonna this time around, but her homages used to outstrip paint-by-number songs like this one, to say nothing of “I discovered pop art” lyrics that would make Kanye blush. (3) 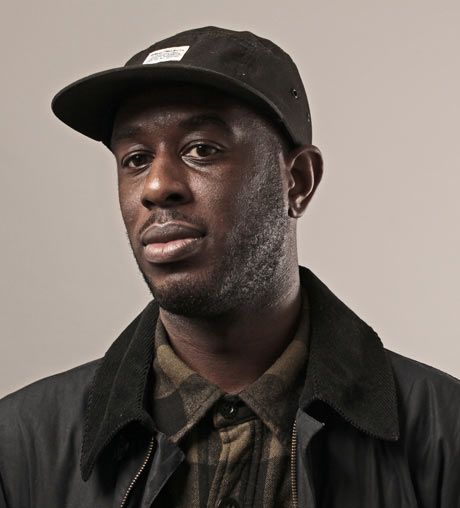 Brad Rose: Big tune. Williams gets that massive, throbbing bass flowing early and it propels the whole track down into the gutter. Seriously, that bass is like a black hole, trying to suck all the air out of the song with Williams fighting it, in the best way, the whole way through. It’s the perfect mix with the chord stabs (!!) and vocal cuts, with every element playing off each other without losing any of the groove. (8)

Joe Muggs: Retro schmetro, it’s a straight banger. Like e.g. DJ Haus and Royce Rolls, and to an extent Bicep too, T.Williams does the house-garage continuum thing brilliantly, so while this could be just a speed garage rehash, once you know how his DJ sets work it takes on different significance. (7)

Chal Ravens: My ear is as primed for a garage throwback as it’s ever been, but this is an odd one. None of it quite gels – from the brassy stabs to the winding bassline to the chopped vocals, the sounds feel too compartmentalised, as if they’re strangers from separate songs. Oddly enough it makes for quite compelling listening. (6)

Steve Shaw: This could be hefty, but it’s let down by the trance snares, the re-hashing of the Korg M1 house organ which is unnecessary, and by repeating its structure pretty much verbatim three times. So, uh, sorry. Not feeling this one. (5)

Chris Kelly: There’s definitely a way to make garage in 2013 without resorting to pastiche; laying in sub-bass wobble isn’t it. (4) 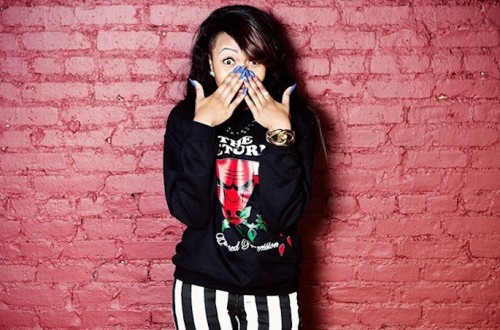 Chris Kelly: All Tink Everything. (8)

Chal Ravens: Tink is smashing, that’s the first thing to note. But as much as I admire and appreciate Tom Krell’s dissected R&B aesthetic, I’ve never been fully persuaded by his fluttery voice and sincere-but-ironic-but-sincere take on his ’90s source material. And seriously: “Will you have my baby, I’ll treat you like a lady”? Get the fuck outta here. The vocal levels are a mess, too. A great song made good. (4)

Brad Rose: I loved this Tink track when I heard it last year, but I’m not sure How To Dress Well’s verse really adds anything, and if anything detracts a bit from an already great tune.  There’s potential, for sure, if the two actually collaborated on something, but on its own this is pointless. Though, if the outcome is that it gets more people to go back and revisit Winter’s Diary, that’s quite alright with me. (5)

Steve Shaw: For such an amazing lyricist and songwriter, Krell could really have held on to this a bit longer and recorded a better take that wasn’t through a MacBook mic, and where he was a bit more levelled out with the original’s production (it might also have levelled out the more out of tune parts.) Still, sometimes love rules over everything, and I always find his ability to create with such genuine passion inspiring. (7)

Joe Muggs: If anyone hates this because it’s “hipster” (read not-black-enough) R&B they can eat a skip of dicks. Beautifully done. (8) 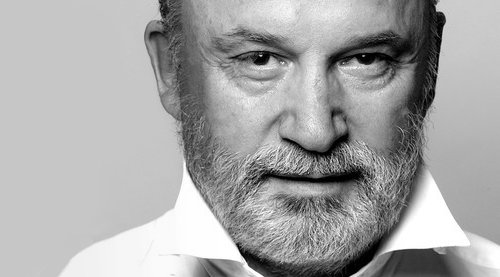 Chal Ravens: Moroder displaying a healthy disregard for the canon here. You know, I don’t even mind the electro banger breakdown – it’s not full-fat queasy wobblestep; in fact, it’s more along the lines of Justice or another of those dirty French exports we all loved long ago. Let’s not shit on an old man’s dream. (5)

Joe Muggs: Sounds great. Moroder was always a cheeselord anyway, why should he stop now? (6)

Chris Kelly: There’s definitely a way to make disco in 2013 without resorting to pastiche; bathing a classic in electro-dubstep isn’t it. (1) 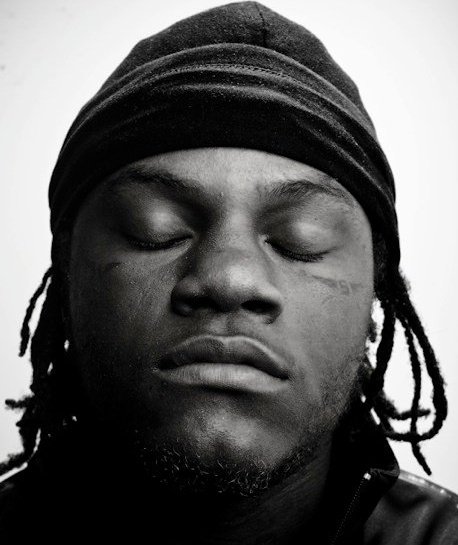 Brad Rose: If Drake the type of n*gga that brush his teeth with his eyes closed, Fat Trel is is the type of nigga that  knocks your teeth out with that crazy look in his eyes.  (6)

Chal Ravens: Oh, wow. A high watermark for Autotuned ballads of gun violence? Everything’s so damn tastefully arranged – sparing use of rolling trap snares, great gloomy washes of cloudy synth, and immaculately constructed vocals delivered with snarling ambivalence. The only disappointment is that the mixtape now seems to be titled Sex, Drugs, Money & Guns rather than the self-evidently superior Sex Drugz Muney Gunz. A clear winner. (8)

Steve Shaw: Fat Trel does not need to jump on the autotune bandwagon. That said, this is deep, the instrumental is dreamy and his triplet flow is sick when he turns it on. You should really hear him cut it like this on Drake’s ‘Started From The Bottom’ beat though. Incidentally, you know what everyone’s saying about Drake, right…? (7)

John Twells: Not as heavy duty as Lil Durk’s ‘Dis Ain’t What U Want’ (which Trel actually references here) but ‘Niggaz Dying’ approaches the same subject matter with surprising levity. The elegiac sad-boy production touches help a lot, but Trel proves that he’s not just another hobbled Keef affiliate by swapping catchphrases and chirpy ad-libs for a selection of gruesome realities. Proper. (7)

Chris Kelly: A couple of years ago, Trel scored a few memorable singles (‘Respect Wit The Tech’, ‘Rolling’), but a new full-length has remained elusive; here’s hoping that he capitalizes on ‘Niggaz Dying’. Very much in the sensitive thug mode of guys like Kevin Gates, the song also nods to one of the year’s best tracks (Lil Durk’s ‘Dis Ain’t What U Want’), while Trel out-raps his Chicago contemporaries with ease. (9) 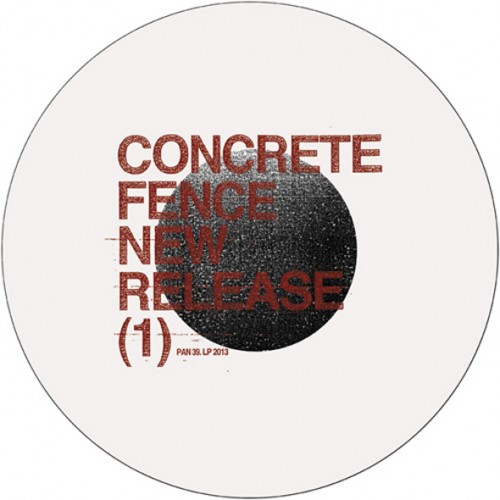 Steve Shaw: Like Actress’ ‘Splazsh Wave’, the noise horn is entirely enough. I’d prefer this with a different beat, as it sounds very Vex’d, but I do like that having a rhythm section only occupies a third of the track. (7)

John Twells: Ticks all the boxes for me – cavernous beats, thick, syrupy synths and ear-punishing noises. I’m a cheap date I know but this is fucking good stuff, none of your noise techno tourism. Nice to hear a couple of real masters flexing their muscle. (8)

Chal Ravens: So much more fun than a track titled ‘Industrial Disease’ has any right to be, at least for the couple of minutes driven by that pneumatic rhythm. Potent. (7) 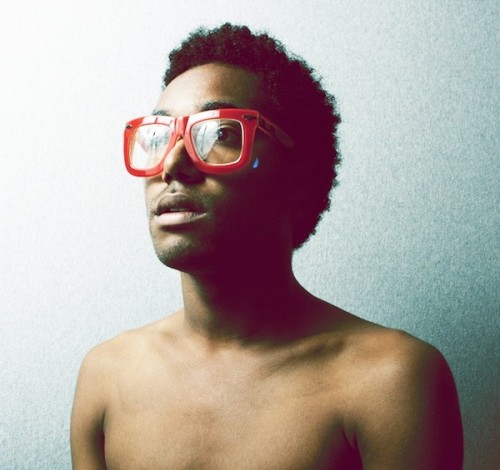 Chal Ravens: An impressively luscious backdrop, if a little too smooth to take seriously – is it music for the bedroom? Not sure if Robin Thicke saying “touch yourself baby” would do it for me, but to each his own. (5)

Joe Muggs: Bit much going on there isn’t there? Are you supposed to need the opiates to stop it giving you a headache? Nah, it’s alright though. (5)

Chris Kelly: Updates the purple sound with contemporary touches and recasts a Robin Thicke sample into something I actually enjoy listening to. Very smooth. (7)

Brad Rose: Morri$ dropped three new tunes this week and ‘Maison Purple’ might actually be my least favorite of all, but it’s still really good. The Robin Thicke sample works particularly well situated amongst dripping, soul-drenched synths and slow-moving bass lines. It’s a good shout for the LA-based producer, and based on these three tunes it’s hard to know where he’ll go next. Just be sure to check out the orchestral piece, ‘Breakfast at Richmans’, because it rules. (6)