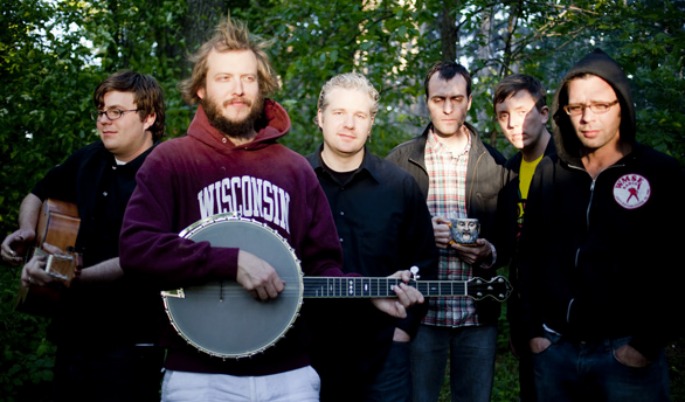 Bon Iver’s bit on the side return with eight new songs.

The acoustic woodsman and Kanye-collaborator has unveiled the second album by Volcano Choir, his expansive and experimental side project. The follow up to 2009’s Unmap, Repave sees the six-piece – former members of post-rock band Collections of Colonies of Bees, All Tiny Creatures, Group of the Altos and Death Blues, plus Bon Iver’s Justin Vernon – integrating their acoustic instruments with electronic techniques to widescreen effect.

The album is streaming in full at NPR before its release on 3 September – watch the video for first single ‘Byegone’ below.

Vernon’s been busy since placing Bon Iver on hiatus – as well as forming a live hip-hop group and working on the new Blind Boys of Alabama record, he appeared on Kanye West’s Yeezus, singing on the Evian Christ-produced track ‘I’m In It’.