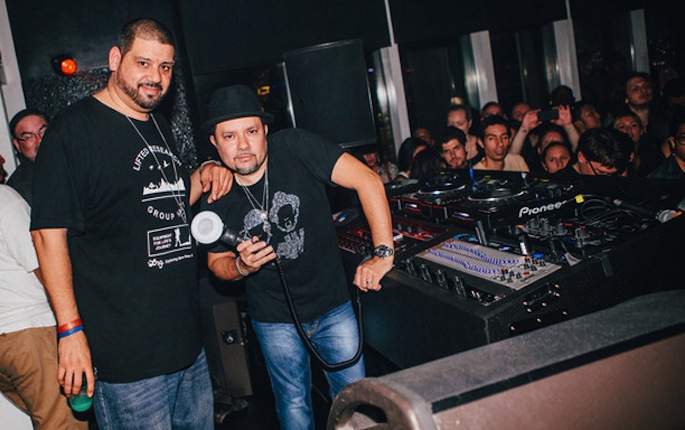 “Little” Louie Vega and Kenny “Dope” Gonzalez are synonymous with 90s New York house music, both as a production team and remixers for the likes of Michael Jackson, Madonna, and Donna Summer. With their MAW work and their live music-based Nuyorican Soul project, Vega and Gonzalez’s free-wheeling approach to house, hip-hop, and disco — along with a taste for Latin and African rhythms — left an indelible mark on electronic music; their ‘Ha Dance’ even became the backbone for the ballroom scene.

The duo played a four-hour set at New York’s Le Bain as part of this year’s Red Bull Music Academy festivities. Stream the set below (in two parts), via RBMA Radio.