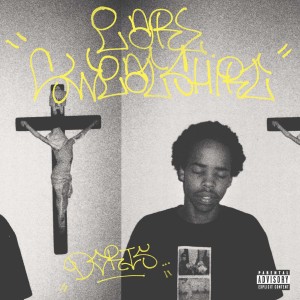 Earl Sweatshirt is only 19 years old. When listening to his eagerly-anticipated debut album, that’s the biographical tidbit that looms largest — not the Samoan hiatus that turned him mythic before he was legal. The preternaturally gifted rapper who turned heads with vile fantasies is more mature and skilled this time around — and he still can’t buy a beer.

Doris is miles ahead of 2010’s Earl, and on it, Earl surpasses nearly all of his contemporaries (save perhaps “King of New York” Kendrick Lamar, who is comparatively a grizzled veteran at 26). In the last few years, his flow has gone from eager to effortless: his languid lines are deceptively complex, heavy on internal rhymes and playful phrasing and with the type of breath control they just don’t teach anymore. It should be noted that he apparently has no interest in writing hooks, but with verses this rich, it’s a moot point.

Sonically, the album sits nicely next to Tyler’s Wolf. Earl contributes a handful of beats under his RandomBlackGuy alias (a self-deprecating moniker that undersells his growth as a producer). Tyler takes a back seat, appearing on and producing two tracks, while a few Odd Future idols (The Neptunes, RZA) show up, as well. No matter the producer, the clunky boom bap and loose, almost jazzy beats are all best described by Earl’s ‘Chum’ hook: “something sinister to it”; highlights are Earl’s lopsided, Neptunes-in-a-horror-film beat for ‘Centurion’ and trio BadBadNotGood’s spaghetti western slow burner for ‘Hoarse’.

The homespun beats are underscored by the family affair nature of the guest spots. Along with Tyler, Odd Future associates Frank Ocean, Vince Staples, Domo Genesis, and Casey Veggies each lend a hand, with juxtaposed styles that complement rather than distract from the main attraction. Ocean returns Earl’s ‘Super Rich Kids’ favor with a spoken word verse, but can’t help but take a shot at Chris Brown, unfortunately. Surprisingly, Mac Miller’s detuned appearance on ‘Guild’ feels organic, and not like the phoned-in bars that plague most rap releases. Earl is certainly not worried about being upstaged: he starts the album with a verse by newcomer SK La’ Flare.

Unpacking Earl’s lyrics is half the fun, his wordy verses brainy but not condescending, with punchlines like “sins feeling as hard as Vince Carter’s knee cartilage”; it’s all very reminiscent of fellow underground hero (MF) Doom. As Earl bounds between swaggering overconfidence and self-doubt that borders on self-loathing (“you see how his day going by the state of his wrists,” he intimates on ‘Molasses’), you begin to see a portrait of the rapper as a young man, one who gets off more on wordplay than outrage these days.

“I hope I lose you as a fan if you only fuck with me cause I rapped about raping girls when I was 15,” he tweeted last year, and — true to his word — Doris is toned down in that regard. He either serves venom with a wink and a smile, or leaves it for his guests: RZA is the one who turns Earl’s mumbled insult (“Imma fuck the freckles off your bitch”) into a threat, with a not-so-subtle change in syntax (“I’ll fuck the freckles off your face, bitch”). Elsewhere, Earl’s lyrics are fixated on smoked-out daydreams about mayhem and Loiter Squad antics, with detours into rap game swagger and meditations on fame. On the latter, he’s of two minds: “I’m fuckin’ famous if you forgot” or “only relatively famous in the midst of a tornado” — which is it?

Apart from Earl’s “steaming tubes of poop and twisted doobies full of euphemisms” (vivid, if gross, imagery — and fun to say!) Doris has its share of personal moments. Similar to Tyler, Earl’s absent father looms large on the record, and while he takes a few potshots (“I’d like to send a shout to the fathers that didn’t raise us”), he’s at his most honest on ‘Chum’: “And I just used to say I hate him in dishonest jest / When honestly I miss this nigga, like when I was six / And every time I got the chance to say it I would swallow it.” Brutal. The album even ends with a song on the topic, ‘Knight’, closing with a line that connects the dots between a fatherless youth and the Odd Future lifestyle: “Young, black, and jaded, vision hazy strolling through the night.”

Astute observations like that appear often across Doris’s lean-and-mean, 15-song, 44-minute runtime. Don’t take his claims of being “indecisive,” “scatterbrained,” and “frightened” at face value: Earl is the youngest and most talented of a crew of young and talented rappers, and in the afterglow of Odd Future outrage, he’s the one who still has something to say.