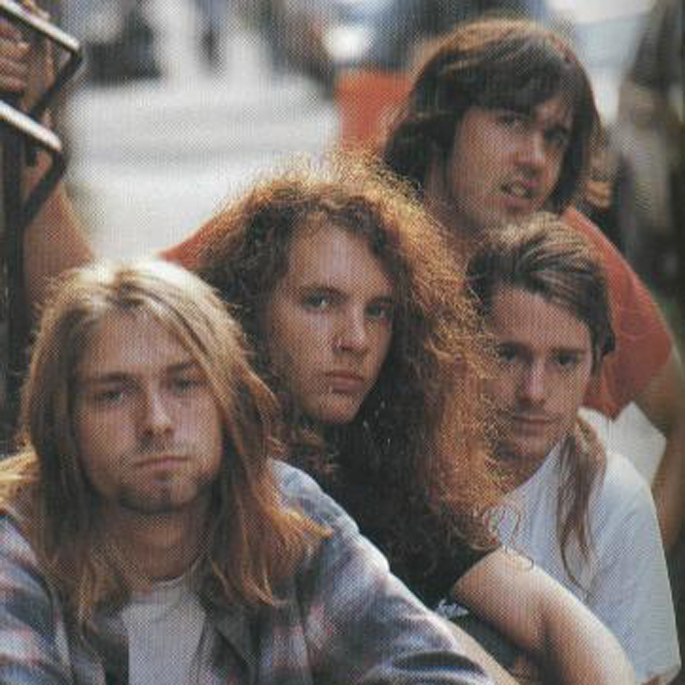 Formed in 1987, Nirvana was put together by two musicians; Kurt Cobain and Krist (then Chris) Novoselic. By the time they released their first single ‘Love Buzz’ in ’88, they had recruited Chad Channing on drums and then in 1989 they hooked up with guitarist Jason Everman. This was the lineup that signed a contract with the then minuscule Sub Pop imprint, and was the first extended contract that the young label had ever put together.

Sub Pop provided the band with six-hundred dollars for their debut Bleach, and noted on their Tumblr page that it was “six hundred bucks well spent-not that was had it at the time.” The amount Sub Pop spent on the band has been documented in the past, but it’s neat seeing what the contract actually looked like. It’s also a timely discovery considering that Nirvana’s final album In Utero turns twenty this year, and comes amidst a flurry of freshly discovered material that’s been rounded up for the album’s massive re-issue.

In Utero – 20th Anniversary Edition will be released on September 24. [via Consequence of Sound] 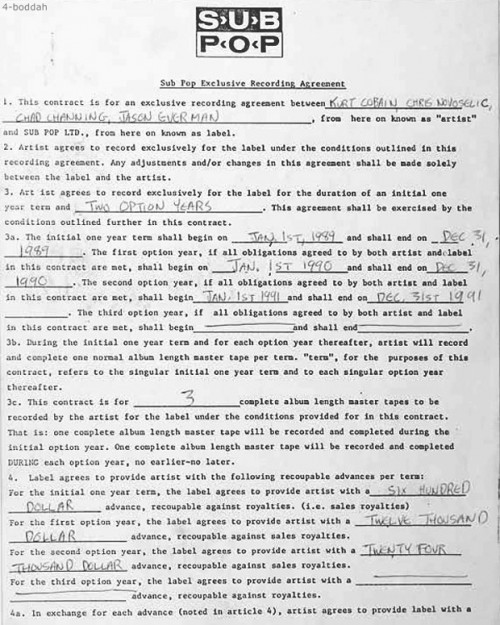