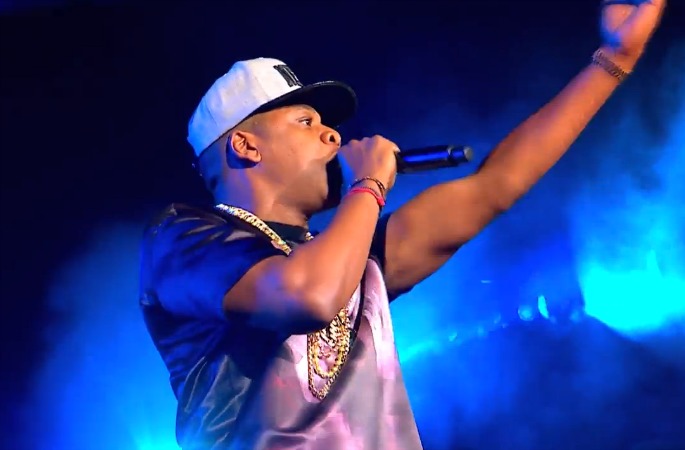 Behind the scenes with Hova.

A feature-length documentary about the Philadelphia music festival put together by Jay Z in 2012 is to have its premiere at the Toronto International Film Festival next month.

Ron Howard’s movie, which was co-produced by Brian Grazer, Steve Stoute and Jay Z himself, charts the rapper’s rise to rap aristocracy and goes behind the scenes as he curates and headlines his Made In America festival, which took place over Labor Day weekend last year. The hand-picked line-up also included Drake, Santigold, Pearl Jam, Run-DMC, Skrillex, Rick Ross, Miike Snow, Odd Future and Janelle Monáe.

The festival is back again this year with a stellar line-up that includes Beyoncé, Nine Inch Nails, Queens of the Stone Age and the full Black Hippy crew of Kendrick Lamar, Schoolboy Q, Ab-Soul and Jay Rock, among others. [via Pitchfork]

Despite Jay-Z‘s Magna Carta Holy Grail receiving a lukewarm welcome following its release through a controversial Samsung app earlier this year, the album still managed to break Spotify‘s record for the “biggest first week in Spotify history” with a mammoth 14 million streams. More recently, Timbaland dropped hints of a collaboration between Jay, Nas and Justin Timberlake.

See clips of some of the performances at last year’s Made In America festival: