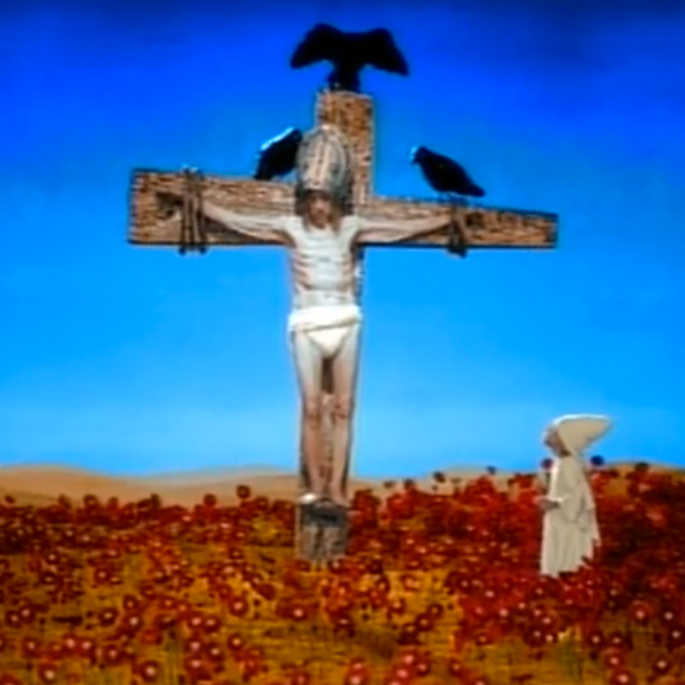 Anton Corbijn’s vivid re-imagining of Kurt Cobain’s surreal treatment imagery on Nirvana‘s classic ‘Heart Shaped Box’ is without a doubt one of the most memorable videos of the 90s, and now we get to see his ‘director’s cut’, which has finally been placed online.

Featuring a Christ-like figure in a Santa hat hanging on a cross and a overweight, skinless woman running through a field, all parties no doubt knew how controversial the video would turn out to be, and remarkably it still holds up twenty years later, highlighting how flaccid most music videos actually are. Corbijn’s cut appeared on a Director’s Series DVD in 2005, but this is the first time it’s been available online.

The video is part of a series of bonus features to be bundled with the truly massive In Utero – 20th Anniversary Edition – you can check out the expansive tracklist here.

In Utero – 20th Anniversary Edition will be released on September 24.