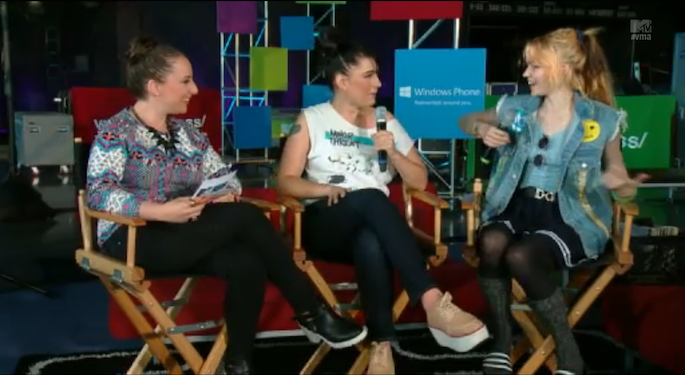 The riot grrrl pioneer and the Montreal pop star have a must-see conversation.

This is a match made in heaven: feminism has always been an overt part of Kathleen Hanna’s work, from Bikini Kill to Le Tigre and beyond, while Grimes has also opened up about how sexism has affected her career.

As part of MTV’s VMAs (of which Grimes was a co-host, during the pre-show coverage), Hanna and Grimes discuss feminism, riot grrrl, and Beyoncé. “I think coming out and saying, ‘Hey, we’re radical feminists’ or whatever, it kind of opens you to all this crap,” Hanna admits, to which Grimes adds, “a huge part of talking about feminism in the context of pop culture is just explaining what it is.”

Watch three clips from the conversation below, and check out FACT’s recent feature about sexism in the music industry. [via Stereogum]