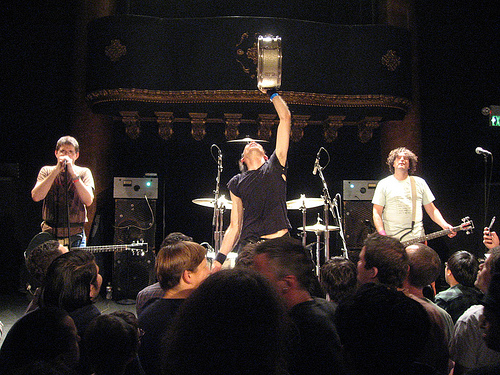 As previously reported back in May, Shellac are releasing their fifth album this year following a six-year hiatus.

Pulling from a forthcoming interview with The Quietus, Steve Albini confirmed that the band had finished an album of eight to ten tracks they’d been working on and playing live for the past seven years. In a quote from the interview, Albini said: “Test pressings are in and we’re working on the cover artwork. I can’t give you a firm, hard and fast date for when it will be in the stores, but it’s underway.”

Head over to The Quietus for additional quotes and tidbits from the forthcoming chat.