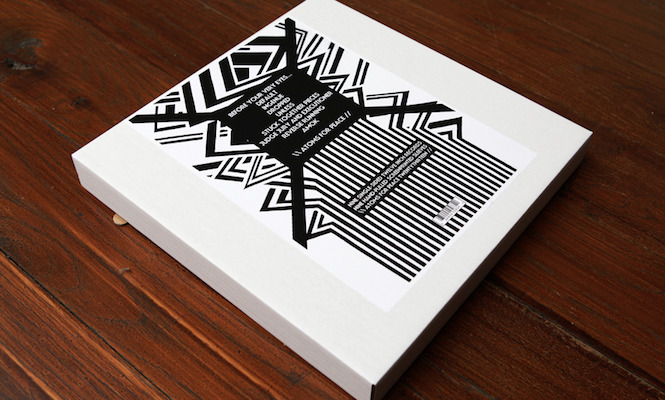 The 9×12″ box-set version of Atoms for Peace‘s debut album AMOK has gone on general sale.

Each record features a different track from AMOK, with a screen-printed sleeve and with an etching on the B-side. The box-sets were originally only available from the Atoms for Peace AMOK Drawing Room, which took place above North London’s Enterprise Pub around the same time as Atoms’ recent London dates (some were also available through XL). For those of you unfamiliar, Atoms for Peace is the baby of Radiohead’s Thom Yorke and the band’s producer Nigel Godrich – you can read FACT’s interview with the pair here.

Only 400 copies of the set were produced, so the number distributed for general sale today is pretty limited – move quick. They’re available to order at Phonica and more.

You can read Chal Ravens’ review of Atoms for Peace at the Roundhouse here.