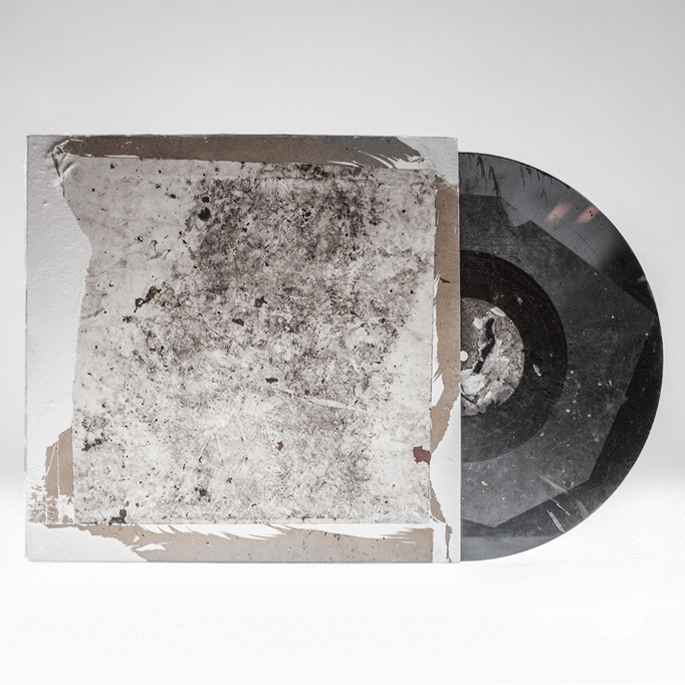 Now here’s an interesting concept – to make bootlegs of a series of live shows, but not have any intention of recording the music itself.

Musician Daniel Freitag came up with the novel idea of instead recording the audience reaction, but not with video or any other traditional recording method. Instead he taped blank records to the floor of a venue and let the fans feet do the work over a series of shows. When the records were rescued from their mucky beer-soaked grave they had taken on the very distinct characteristics of the fans’ kinetic appreciation of the music.

From the detritus on the sleeve and the eventual sound of the records themselves it’s pretty obvious which shows elicited which responses – Die Antewoord and Deadmau5 fans appeared to be the most raucous, while Gold Panda fans look as if they were standing around nodding their heads politely for an hour or so, which is probably accurate.

The end result was for Freitag to actually compose new work from the noisy, ragged vinyl and he has uploaded two tracks so far. Both are understandably glitchy (think Oval or Mille Plateaux subsidiary Ritornell) but knowing what they were forged from exactly makes for a pretty unusual listening experience.

Take a listen below, and check the Project Bootleg website here. [via The Vinyl Factory]