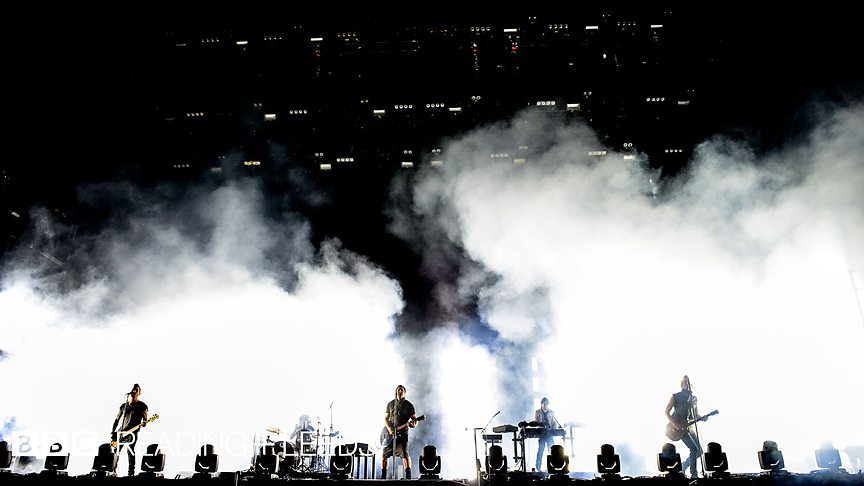 On the road again.

With their first album in five years, Hesitation Marks, due for release on September 3, Nine Inch Nails have hit the road again, most recently playing the Reading and Leeds festival in the UK. You can now watch the first part of an online documentary about the tour, see below.

As previously announced the album will be released in two formats: a standard industry CD version and an audiophile version, with better dynamics, available as a free download to anyone buying the album directly from the band.

The album is produced by the band’s Trent Reznor and features guest appearances by legendary bass player Pino Palladino and Fleetwood Mac guitarist Lindsey Buckingham. You can stream the album ahead of release on iTunes.

Update: Additionally, the ‘Trent Reznor In Conversation With…’ track originally promised for the deluxe version of Hesitation Marks has surfaced. Rather than an “interesting” interview, Reznor decided to simply explain the thought process behind the album, playing demos for tracks that didn’t make the final cut. Check it out below.