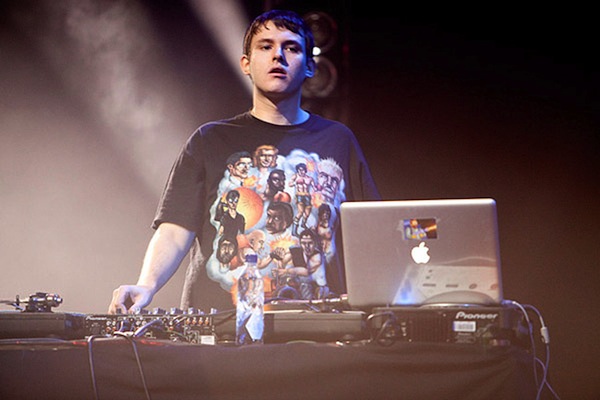 Some new Hudson Mohawke news and audio kicking about today.

First, the Scottish producer and G.O.O.D. Music producer has remixed ‘Vista’, by fellow Warp artist Jackson and his Computer Band. You can stream a rip of the first few minutes below – it sounds pretty special.

Hud Mo has been talking about working on Clipse member Pusha T’s forthcoming solo debut, My Name Is My Name, for some time now. We don’t know how many tracks he’s contributed to, or whether his role is more that of a ‘production consultant’ (as it was on Kanye West’s Yeezus), but he recently revealed via Twitter that he’s produced a track for Pusha, Rick Ross and Kanye West titled ‘Hold On’. That’s due “soon”, apparently.

And, finally, there’s a track doing the YouTube rounds that’s being reportedly as Hud Mo’s contribution to Flying Lotus’s Grand Theft Auto V radio station. That’s also embedded below, but no confirmation yet that it’s Hud Mo yet.

Oh, and he’s on the new Drake album, Nothing Was the Same. But you probably knew that already, right?