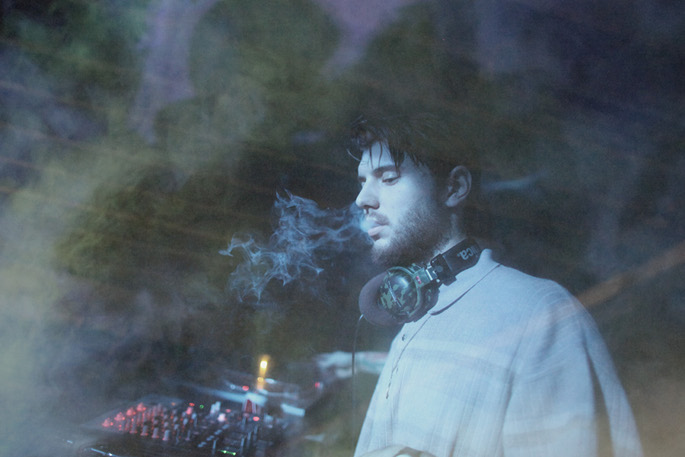 This summer finds the Kansas-born Brian Leeds at something of a turning point.

Having completed his debut European tour, the producer better known as Huerco S. has upped sticks and moved from the Midwest to Brooklyn, where he’ll be in close proximity to fellow US house new-schoolers like Anthony Naples and the L.I.E.S crew. The move – taken alongside the imminent release of his debut album on Software – cements the sense that Leeds is no longer a shadowy outlier in the US’s recent dance renaissance, so much as one of its most promising and intriguing young voices. 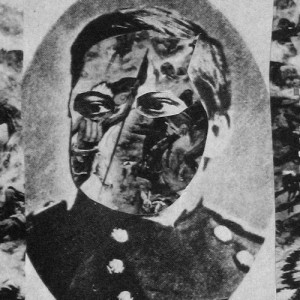 That said, Colonial Patterns isn’t exactly a dance record. In contrast to recent forays into (comparatively) floor-pleasing house for Future Times and (as Royal Crown of Sweden) Naples’ Proibito imprint, Leeds treats the LP format as an opportunity to stray away from his trademark busted grooves towards beatless, dappled ambience; an approach which invites comparison with Basic Channel at their more abstract.Compared to BC’s astral dub-techno, however, Leeds’ productions display a cracked, earthen quality, as if they are exhumed remnants of the pre-Colombian civilisations to which this record makes repeated reference. FACT’s Angus Finlayson caught up with Leeds during the London leg of his tour to find out more.

“People get a little too lost in all that, trying to make it sound pristine – to what end?”

This is your first tour of Europe. Is there a detectable difference between European and US crowds, do you think?
Generally everyone in Europe has been a lot more receptive and appreciative. Whereas in the US I think a DJ is more just the guy that the bar is paying, and you’re standing around drinking. People fucking heckle you – you’re playing house music and they come up and say, ‘Can you play something that I can dance to?’ I don’t know what to do after that point… it makes me a bit disturbed sometimes [laughs]. But that’s also just the Midwest, where I hang out mostly.

Have you lived in Kansas City all your life?

I’ve actually been living in Missouri for the past three years – which is the next state to the east [from Kansas]. I was born and raised in this small town called Emporia, Kansas. I did a bit of university there, then went to the University of Kansas in a town called Lawrence. Very Midwest-centric for the most part. It’s a little cultural desert out there – not much seeps through. You’re lucky if you get a little trickle down of something.

I imagine there aren’t all that many clubs around there?

There are clubs, but it’s nothing I would ever… I mean now there are places that play dance music, you know, with the whole EDM explosion. There’s a lot of people in Kansas City right now playing really generic Beatport house and techno. That’s as close as you would ever get to a dance night. And moombahton is kind of big… [laughs].

So I guess your interest in dance music didn’t come out of going out and dancing?

Yeah, it’s a bit ironic that I never really danced to dance music until well after being into it. I never really got that aspect. I mean obviously I’m dancing in my mind, or even just at a house party with friends, but never in a big environment with everyone else vibing off of it. Maybe that’s why I don’t really think about making songs for people to dance to. I don’t think, “This is going to be great in a club”, because I’ve never really had those experiences.

You’re often mentioned alongside New York-based artists like Anthony Naples. Would you ever move to New York?

Actually yeah, when I get back to the States I’m moving to Brooklyn. I’ve been avoiding it for a long time – it’s the inevitable move – but fuck man, the Midwest, it’s draining, you know? I love it and I’m sure I’ll be back at some point. But this is the first time in my life when I don’t have a day job, I’m just working on music. So I can be hopping around from place to place, and that doesn’t sound too bad to me right now – so why not?

So, the album. A lot of it is, if not beatless, then at least not techno or house in a strict sense. Did you find the LP format liberating?

Yeah, I think I had been working toward that point for a while now. It’s funny to sit down and say, “Right, I’m gonna make a house song [taps out four-four rhythm]”. It’s so constraining when you think about it. Like, why am I doing this to myself? There is literally everything else out there. But I still consider it to be a techno album in some regards.

It does feel like you always keep dance music in mind. A lot of it reminded me of Basic Channel in that respect. Are you a fan?

For sure. Moritz von Oswald, Basic Channel – especially Maurizio records – they’re my absolute favourites. The sounds they create are just out of this world.

You’ve said the album was inspired by Pre-Colombian America. What interests you about that period, and how did that feed into the record?

I think my general proximity to this one site in particular, across the state of Missouri near St. Louis [inspired me]. Basically it was a metropolis – a very large trading centre for the natives from maybe 900 ‘til about 1400 AD. It was such a grand place – it surpassed London and Paris in population for the longest time. What drew me to it in particular was the architecture. The Mississippian culture, they’re mostly known for building these giant earthen mounds. I was thinking about how these people made these things. This meticulous – I mean it was slave labour, but – this task over and over again, just to build this mound. Something actually kind of worthless, just dirt, you know? So applying this to sound. Doing something over and over again, listening to the same thing over and over again. Like shoveling. Uncovering things and covering them back up.

Almost as if the meaning is in the process or ritual rather than the finished product?

Yeah. That’s how a lot of the record came out – doing the same thing over and over again until I found something I wanted to stick with.

You memorably said, in your Truants interview, ‘My music sounds like shit’. It reminded me of Anthony Naples claiming that he’d never used an EQ on any of his tracks. Are you of that school – do you not tweak your sounds?

I definitely tweak things. But it’s not that school of perfecting things – “I have to send this out at a certain decibel range for the mastering guy” – I don’t give a shit about that.

Does that give you problems at the mastering stage?

Yeah. As much as the Future Times record had a lot of pressing issues just in terms of the plant being messed up, there was one track in particular, ‘Cercy’, that had a couple of irregular frequencies, the needle was popping. So I had to rework it and smooth things out. But I just don’t really care, you know? I think people get a little too lost in all that, trying to make it sound pristine – to what end?

Do you knock out tracks quite quickly then?

Some of my records – especially the Wicked Bass one – I made pretty fast. I’ll just stay up for two days, do it, sleep on it for a bit then I’m like, “Oh cool it’s done”. Looking back on it now, I don’t even know how I did it. It’s like I was in this little trance or something. If I had to recreate some of these things I wouldn’t know where to begin. I’m finding if I try to overanalyse things, if I try to push something really hard, it always turns out to be shit. I usually feel like if it doesn’t happen in the first day then it’s never going to happen. I have entire project files of loops where I’ve yet to figure out where to take them.

That approach – trying not to push things in a certain direction – has that become harder since you’ve come to be known for a particular sound?

Yeah. Because in having your own sound, having this identity, your originality can then become formulaic. And that’s scary. It’s like, “Fuck, I don’t want to be the guy doing that same thing over and over again”. But at the same time, that’s me – how do you not be yourself? So yeah, I’m definitely battling with that. Where do I go from here? Do I necessarily need to go anywhere from here? I don’t know, we’ll see.