“Monogamy’s like trying to redo biology”: r’n’b hit machine The-Dream on sex, lies and why sometimes it pays to be a jerk 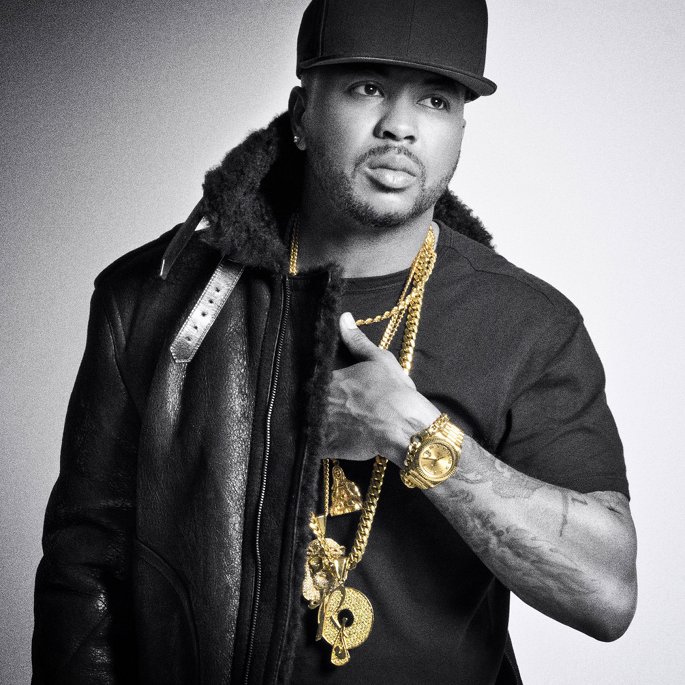 It feels like the same line gets wheeled out over and over again with The-Dream, but it’s an important one, so for the unacquainted here it is again. If you don’t think you know Terius Nash’s music, you do: he wrote and produced songs some of the most ubiquitous pop songs of the last 20 years, including Rihanna’s ‘Umbrella’, Beyonce’s ‘Single Ladies’ and various hits for Ciara, Justin Bieber and more.

The reason The-Dream enjoys such cult status amongst music fans, however, is as much to do with his solo records as his hits. Since 2007 he’s explored every possible angle of sex, pain and love through his solo albums, and although they’ve largely flown under the radar of the mainstream, for those that know they’ve housed some of the greatest r’n’b moments of the past 15 years. The-Dream’s a big Prince fan, and albums like 2009’s Love vs. Money are that decade’s answer to sprawling Prince classics like Lovesexy. The-Dream’s best ever record, perhaps, came when recreating Prince’s Vanity 6 project with Electrik Red, a trio of backing dancers taken under Nash’s wing in 2006; their only album, How to be a Lady Vol. 1, is more or less perfect.

The-Dream’s latest album, IV Play, was eventually released this May following almost two years of delays – some, according to Nash, due to his label, others due to his commitments elsewhere: he was heavily involved in Jay-Z’s Magna Carta Holy Grail as well as the last Beyonce and Rihanna albums. FACT spoke to him about IV Play, his relationship with the industry, monogamy and more backstage at last night’s London live show, where despite being “hungry as fuck” (we gave him a Kinder Egg), he rolled out the kind of sleazy charm offensive that’s exactly what you want from a man who calls himself the love king.

“The music business is only not working for somebody who’s not making money.”

Your newest album IV Play took a long time to come out – there were several titles, several release dates. Why did it take so long?

Well, whenever you ask an artist this, the artists is supposed to blame the label. So I’m gonna blame the label [laughs]. But no, that’s what it boils down to. If it just came down to me – well people know that I could probably write an album in three days. If it was up to me I’d put an album out every month, so whenever there’s a process that takes longer than it’s supposed to … it has a lot to do with that, you know, it’s just the politics and the mechanics, everybody’s searching for the right timing and trying to make sure that your album has the best chance of reaching its full potential. And sometimes that works, sometimes that doesn’t. A lot of labels are having a hard time of it right now, and having a hard time exploring the possibilities of marketing. Jay just taught them a lesson with that.

Do you find as you get older, and more experienced in the music industry, you have less time for that side of things?

You definitely have less time, because you just want to make music. Especially if you’re talking to a music person. At first [when you get into the industry] you’re big-eyed and you’re like ‘oh my god, this is great’, and everybody likes your music ‘cause it’s new and you don’t know how long that’s gonna last. And if that turns into something it’s like ‘great, glad you all love it’. Then the politics start, immediately after there’s any success, because everybody wants to say that they did it. You’re still in your happy phase, trying to get everybody together, but you probably should be a little more selfish, which is what you start to learn as you get older – just being selfish about your vision, and remembering that that’s how you got there. Regardless of what people say – like ‘this person is a jerk, he’s not listening to what we’re saying’ – you’ve got to just block that out and be like ‘sure, I might be a jerk, but this is how I’m gonna put this album out’.

It seems like artists have been having issues with major labels since forever – look at something like UGK in the ‘90s, publicly saying that they made no money off Ridin’ Dirty. Do you think the music industry will always repeat its mistakes?

Well UGK was a different kind of situation, but yeah, I think the music industry likes repeating mistakes because they make money in the cracks where nobody’s checking – if you’re not that smart. If you’re smart enough to know everything that a label’s getting paid for then it doesn’t really matter. The music business is only not working for somebody who’s not making money. If you think that a conglomerate or whatever, that they’re gonna continue losing money and not fix it… well that’s not how they got rich in the first place. Somebody’s lying there.

You write and produce a lot of music for other artists while also doing solo stuff. How do you balance your working life?

Well that’s another reason the album got pushed back, and that part will be on me. In that time where I was trying to put out IV Play, I think I was working on two Beyonce albums and two Rihanna albums. I was on the road with Rihanna, and when she got on stage we literally had a studio set up in the back – she’d come straight off stage and we’d record. That was something.

What’s the status of the Beyonce album? There was talk about her scrapping the whole thing and starting again.

People just be making up stuff man. But I’m not telling you. The people that probably could tell you the truth won’t say – it’s the people that don’t know anything, they’re always the ones with something to say.

“Monogamy’s like trying to redo biology … I think it goes against the instinct of men and women.”

You’ve claimed in the past that 99% of men can’t stay faithful. Do you consider monogamy an impossible dream?

Yeah, it’s pretty close. You can’t tame a lion [NB. The-Dream has a lion tattooed on his left bicep].

What about for women?

I think it’s different… I don’t think it’s impossible for women, because women wager certain things on having sex – sex actually means love for them most of the time, whereas for men, it’s just a night that happens somewhere in Vegas. She’s not coming home, you’re not gonna pay her rent the next day, or buy her a car. Only a certain person can make you do certain things, and make you be willing to share that certain part of your life.

Monogamy’s like trying to redo biology – you’re trying to re-do it, and I get it, because everybody needs to be with somebody, but actually what it does is just make the system work better. Like I need you with him so we can keep coupling it up, because a pair is just better. Overall, I think it goes against the instinct of men and women.

When you write for female artists – and I suppose it differs depending on the artist – but how good do you think you are at channelling a female mindset?

It’s pretty easy. I can understand why they get stressed about something stupid – well something that they think’s stupid – that we do. It’s all about knowledge at the end of the day, people listen to people to learn things.

There’s often comparisons drawn between you and Prince, and there’s 20 years between you – he’s 55 and you’re 35. In a perfect world, what will your life be like at Prince’s age? Are you still releasing records?

Of course! I’ll still be releasing records, but I’d like to have put myself in a band by then. That would be cool. Put myself in a band, bring my kids out… man, that’d be great. Hopefully my mojo’s still working then.

Electrik Red – will there ever be another album?

Man, someone just asked me about that today.

How to Be a Lady’s so slept on! It’s a perfect record.

Well that’s the point – it’s slept on! If everybody had just bought it then we’d have probably made four records by now. Solange loves that Electrik Red album. Every time we get a chance to talk she’s like ‘Electrik Red, that album…’. And I’m like ‘I know!’. We hit a home run with that album. But again, it comes back to marketing, there’s a lot of things that have to happen – people have to know that it’s there… It’s almost becoming a little cultural thing of its own though.

Do you think your tolerance will ever run out when it comes to that side of things, and you’ll just end up releasing everything for free like 1977?

I got high tolerance, I just have low patience. But I don’t think that’s gonna happen anytime soon, because I still have respect for what I do. I don’t wanna just throw stuff out – I don’t wanna devalue anything where I could end up having the chance to… You know, we saw Michael Jordan win six rings and become this God of basketball, and we know that everybody at least has the chance to do that in whatever genre it is they do. So me, knowing that I have that chance? Even though my tolerance is like ‘argh, I just wanna put this out now’… that’s why I never called 1977 a mixtape. I never wanted that word nowhere near my shit. I don’t make mixtapes.