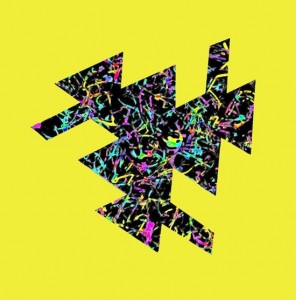 Far from the mighty second coming many had anticipated, the debut from London’s Factory Floor is merely very good: an accomplished, abnormally enigmatic and uncommonly atmospheric dance album. And if it’s any consolation for those disappointed believers, in the transition from guitar band to electronica act the trio have succeeded in carrying over the patented Factory Floor style; a style singular in any context. As such, just as they’re a unique post-punk act, so too are they a unique dance act – and they remain a special prospect.

Though dance music, Factory Floor’s approach remains art house; the trio using dance to explore concepts such as regeneration and time, deletion and purpose. ‘Fall Back’ is something like a EBM/Moroder hybrid, the combination of tunnelling linearity and flashed disco flourishes rendering the track on the one hand sassy and fabulous, and on the other, ambivalent and dangerous.

Track two, ‘Here Again’, in which Factory Floor are reborn proper, is nothing short of a minimalist techno modern classic; an eight minute long, dazzlingly engineered and brilliantly mounted all-out odyssey. It’s the perfect bridge between their former guise – the trio who in 2008 so bedazzled the London art crowd with their first singles – and the Factory Floor of 2013. Beginning as mechanised geometry and monochrome before evolving seamlessly into a state of luxury abandon and clattering festivity, the transformation is spearheaded by the increasingly beach-hut percussion and Nik Void’s vocals, which are ghostly and weak to begin with but which, when the cavernous reverb kicks in, become diva-like and ecstatic. ‘Here Again’ is that rare thing in dance music: a track so immersive, gripping and relentless that, when deep in the bowels of the song, drugs would surely only dull its pin-sharp power; a textbook ‘lost in music’ deal.

Opener ‘Turn It Up’ may come as a shock for those drawn to the trio in the past for their industrial stylings. It’s arguably the lightest sound that Factory Floor have produced thus far, riding on a single-tracked live bass drum, tinny hi-hats, an arid African tom and the kind of spindly cowbell preset that the Belleville Three fixated on. The landscape’s a spacious and bright one, completely bereft of the oppressive shadowed weight that characterised the group’s early material. Meanwhile, despite its metallic bed and Void’s haunted vocals, ‘How You Say?’ is also somewhat frivolous dance music, populated by campy disco FX, bopping arpeggios and percussion split between a Rio street party and A Certain Ratio. The message perhaps is that motion, or momentum, or simply the moment, is the meaning.

Following on from last year’s transitional club singles ‘Two Different Ways’ and ‘(R E A L L O VE)’, the so-called ‘psycho-spatial’ realm Factory Floor inhabits is no longer the abandoned warehouse of their first singles. Instead the image conjured is that of a kind of hi-tech club, though one devoid of all human life. Replacing the unprocessed, Throbbing Gristle-inspired textures of before, Factory Floor instead concerns a tableaux of crisp and fine pleasure-tech, with the suggestion of blue-streaked chrome, mirrors, frictionless flooring and blood red upholstery conjured by the Roland machines of a more fabulous era. Meanwhile, the acoustics – expensively cushioned, crystalline, contained – are flattened into a beautifully sheer sliver in the album’s mid-end. But yet, for all the energy and activity, out of frame is a palpable sense of flat desolation. The impression is of an empty room, with a joy machine at its centre but forever inanimate, and the band’s loneliness within it, their dance music launched into stillness and a shiny ghost house awaiting dereliction. When Void whispers her dead eyed questions, you feel that no one is listening.

Considering the trio are relative newcomers to dance music, the programming throughout Factory Floor is acutely deft. Elegant, in fact; so much so that the sound can comfortably be described as chic. The combination of this and the group’s innate avant tendencies doesn’t always sit right, however: though just about compelling, closer ‘Breathe In’ and the penultimate ‘Work Out’ are too coy to dance to and too sheer to groove to; the latter a half formed mood-piece, or idea-free stab at Model 500-esque atmospherics. These tracks are exceptions on a generally excellent album, but sometimes the trio’s famed love of repetition can merely result in tediousness.