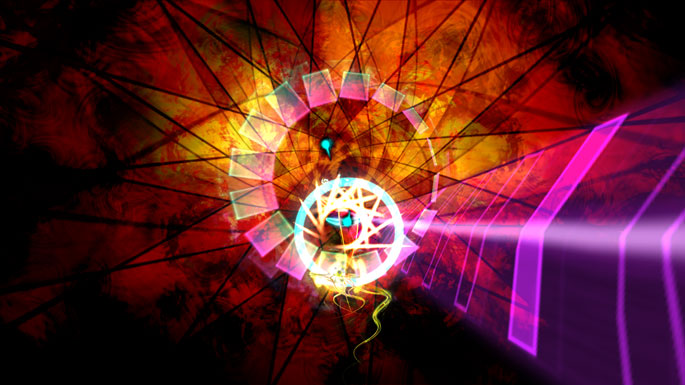 Oneohtrix Point Never and Joel Ford’s Software label will be releasing the soundtrack to the video game Dyad on October 28. The game’s music was composed by David Kanaga.

Dyad is the latest in a long line of ‘classic’ shooter puzzle games, and apparently uses new concepts to build on the genre’s core traits. The game revolves around momentum, with the player able to pull themselves from one enemy to the next via the action button as they fly down the tunnel in which they’re racing. The concept apparently grows in complexity as the levels ramp up, and the player will be forced to rely on sound to differentiate icons on the screen. You can stream a track from Dyad‘s soundtrack, ‘Start Mush’, below, and read this week’s FACT interview with Oneohtrix Point Never here.