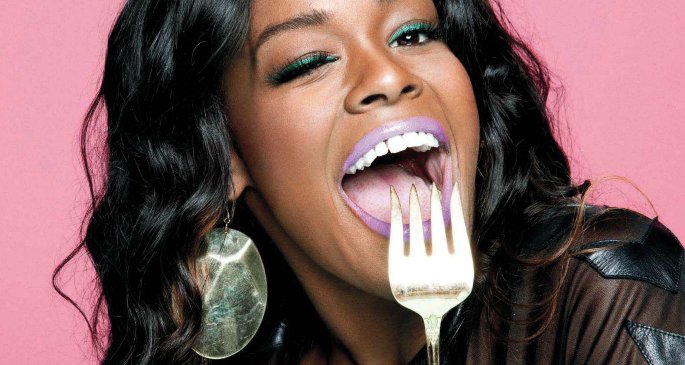 The Harlem rapper takes another step towards finally releasing her first full-length.

Azealia Banks has revealed the tracklist for her debut album Broke With Expensive Taste, now set to appear in 2014.

The 16-track record will feature her recent collaboration with Pharrell, ‘ATM JAM’, as well as her breakthrough hit ‘212’, and features Japanese musician Toko Yusuda and rapper Theophilus London plus production from British producer Lone and seapunk pioneer Lil Internet.

The beef-prone rapper, whose fist-pumping collaboration with Paul Oakenfold raised eyebrows in a recent edition of the FACT Singles Club, revealed the tracklist on a handwritten note posted to Instagram (below). [via The 405]