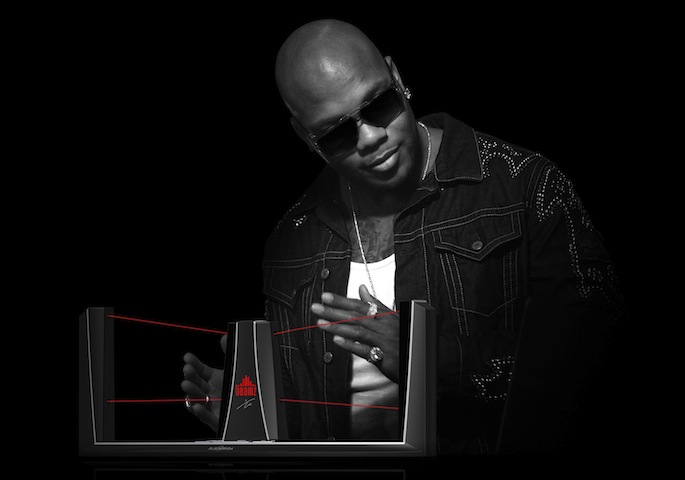 The rapper enters the branding game with a Theremin for the EDM age.

Eager to get a Beats by Dre-sized payday, Flo Rida (of ‘Low’, ‘Right Round’ and ‘Good Feeling fame) has revealed Beamz by Flo, which bill itself as “the future of interactive music.” As demonstrated in the (unintentionally hilarious) commercial below, Beamz features four light beams that trigger instruments and sound effects that play over a backing track.

Beamz comes bundled with Michael Jackson’s ‘Billie Jean’, Beyoncé’s ‘Crazy in Love’, Justin Timberlake’s ‘Rock Your Body’, a handful of Flo Rida tracks, and more. It works with Windows computers and iPhones and iPads running iOS 6.0 or later. It doesn’t come cheap: it goes for $200 (plus shipping) or about $250 with a 30 day “risk free” trial.