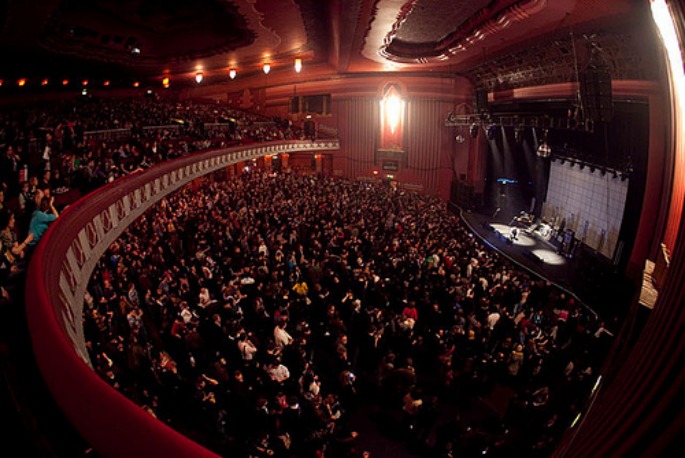 At least it’s not the Sports Direct Apollo.

The Hammersmith Apollo in west London has been renamed the Eventim Apollo following a multi-million pound refurbishment by new owners AEG Live and CTS Eventim.

The overhauled venue reopened to the public on 7 September with a sold-out headline show from American pop starlet Selena Gomez, and phase two of the renovation is now underway. Many of the building’s original Art Deco details have been preserved and restored in the refurbishment, reports Music Week.

The 5,000-capacity venue is one of the few remaining mid-sized concert venues in London following the closure of the Astoria in 2009. Meanwhile, the O2 Arena in east London recently replaced its Proud2 nightclub with a “blank canvas” venue called Building Six.