Miley Cyrus recruits Future, Britney Spears and more for new album Bangerz; teams up with a band of dwarves 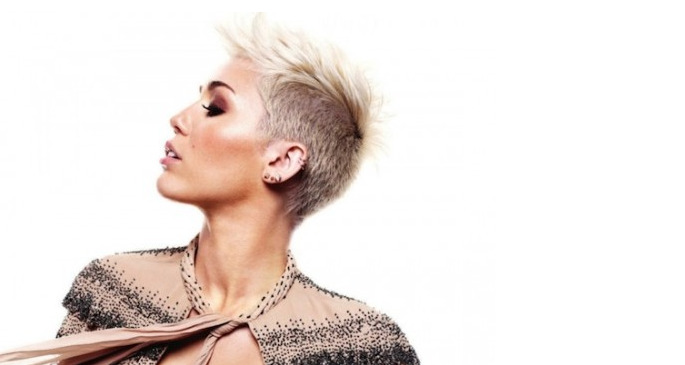 The perversely fascinating car crash that is Miley Cyrus in 2013 will come to a head with the release of Bangerz, her first album as Miley 2.0.

The artist formerly known as Hannah Montana promised that she’d reveal the tracklist for Bangerz if yesterday’s video for ‘Wrecking Ball’ entered VEVO’s record books, which it did, beating One Direction’s ‘Best Song Ever’ to become the YouTube platform’s most viewed video in a day.

Bangerz, unsurprisingly, features several heavy hitters from the hip-hop world in Big Sean, Nelly, French Montana and Future, who duets with Miley on a track titled ‘My Darlin’ (if Future also co-wrote this then we could be onto a sequel of sorts to ‘Looooove Song’ from Rihanna’s Unapologetic – here’s hoping, anyway). Britney Spears also appears on ‘SMS (Bangerz)’. No word as yet on production, but Gucci Mane and Juicy J producer Mike Will is on the boards for past single ‘We Can’t Stop’.

In other Miley news, she performed with a band of dwarves on German television this weekend – which is probably still a step up from Robin Thicke.

Update 11/09: The bonus edition of Bangerz will come with three extra tracks – two written by Pharrell and the final track featuring Ludacris.