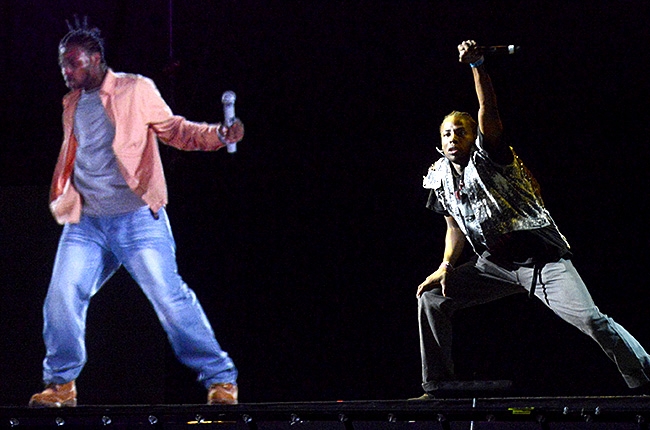 The Week in Holograms, Part Two.

The first weekend of peripatetic hip-hop bash Rock The Bells came to a close on Sunday, and, as anticipated, the Wu-Tang Clan used their set to introduce a hologram reimagining of quondam member Ol’ Dirty Bastard.

Flanked by a not-quite-full-capacity crew (no Raekwon, no Ghostface), ODB was summoned to rattle through his classic appearances on ‘Shame On A Nigga’ and ‘Shimmy Shimmy Ya’. The show was marred by serious sound problems throughout, although the hologram came off without a hitch.

The unveiling of Faux-ODB followed the appearance of an Eazy-E hologram during Bone-Thugs-N-Harmony’s headline set the night before. The Sunday ticket also featured spots from Juicy J (who pulled A$AP Rocky on stage for a surprise guest spot), Rakim, Pro Era, Slick Rick, Danny Brown and J. Cole.