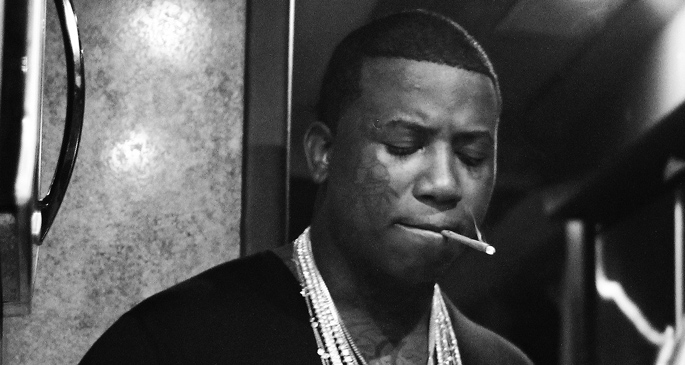 There’s no point in beating about the bush here, Atlanta rap Godfather Gucci Mane has had a pretty weird week.

We hesitate to say it was a bad week exactly, as we’re still experiencing the fallout (or lack of it) but after a weekend of hardcore Twitter abuse (culminating in Monday’s incoherent explosion of letters, periods and spaces) the last thing we expected was a brand new mixtape. This is Gucci though – it wasn’t even a month ago that he released his last trilogy of tapes (Molly, Lean and Gas, if you missed that news); you’ve got to always assume the man’s got material locked up in his safe for any demanding occasion.

You can stream the album below, and download the whole thing right here (who needs Atlantic Records anyway?). It should be noted that Marilyn Manson raps on ‘Pussy Wet’; we first heard about the unlikely collaboration in May.

Take a look at what FACT’s Tom Lea made of Gucci’s weekend Twitter diarrhea, and why he’s still a hero here.