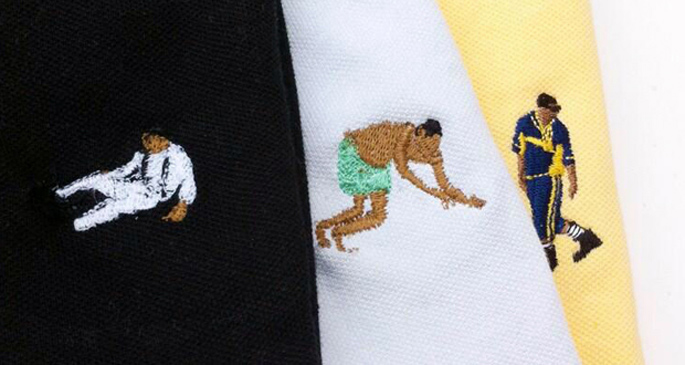 While Miguel, Drake and Jay Z have all had pretty a pretty great 2013 so far by all accounts, they’re not immune to a bit of internet lampoonery.

Drake’s hilarious donning of Dada for the ‘No New Friends’ video shoot spread like wildfire earlier in the year, and was first internet meme to be embroidered on a polo shirt by online store YOLO Polo. Of course it would have been crazy to stop at just one, and Miguel’s leg-drop incident was possibly even more widespread and an even more iconic pose. It looks even better in thread, bearing a startling (and probably unintentional) resemblance to the Lacoste logo. Jay-Z’s awkward diving fail is maybe the least popular meme wise, but proves to be just as successful here.

You can grab the shirts right here, and possibly stash them away for a few years until the memes are nothing but a distant memory. [via Complex]