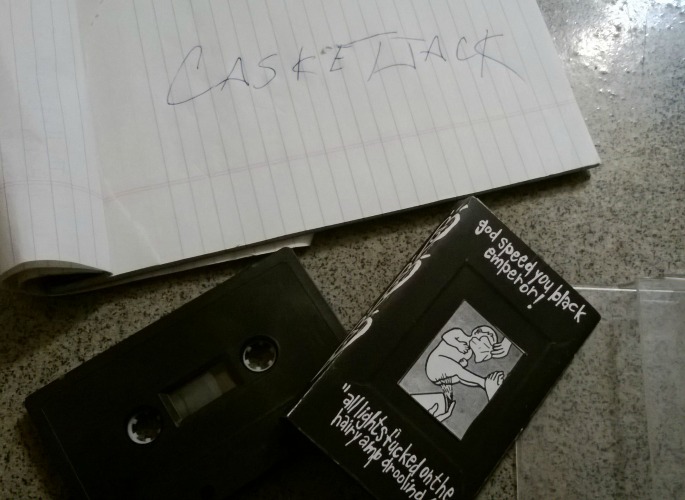 Only 33 copies were ever made; all of them went missing – now one Redditor says he’s found the post-rock holy grail.

Before you wet your pants, let’s check the evidence. Two days ago, Reddit user Casketjack posted a query concerning a cassette he found while clearing out his crates. Supposedly purchased in Moncton, New Brunswick sometime in the early 90s, the tape in question appears to be All Lights Fucked on the Hairy Amp Drooling, the first release by Canadian post-rock titans Godspeed You! Black Emperor. Thought to be lost forever by the band’s fans, it was deemed unworthy of re-release by the group.

Grilled by heat-seeking Redditors, Casketjack later uploaded a photo of the cassette (above) and a sample audio file that may be ‘Random Luvly Moncton Blue(s)’ and ‘Dadmomdaddy’,  the final two tracks from the first side of the album. Is it legit? Well, it doesn’t sound like Godspeed, but this we know – All Lights Fucked… is understood to bear few similarities to the grand instrumental rock the band would later pioneer. It even features vocals – which can be heard on the uploaded audio sample.

Under pressure to rip and upload the whole tape, Casketjack has for now decided to get in touch with Godspeed’s label, Constellation Records, to explain the situation and ask for permission to post the songs online. He also plans to put the cassette on eBay eventually, so starting smashing open your piggy banks now. [via Tiny Mix Tapes]