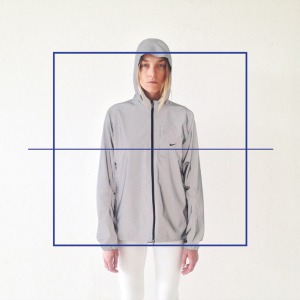 As Rene Hell, Jeff Witscher’s music has steadily evolved in scale over the last three years, from humble pulse-based synthesis and computer krautrock to a towering mixture of neo-classicism and contemporary musique concrète. Emotive and richly harmonic, it has gathered him considerable acclaim – so it is particularly exciting that his latest album radically eschews it all.

Vanilla Call Option is like the tablecloth trick – the body of his previous work whipped away to leave the cutlery, glassware and flowers behind. Computer synthesis and musique concrète are now the sole focus rather than supporting details, the cinematic drama of earlier work shrunk down to mise-en-scène observations from strange trajectories, Charles Dodge-like in its scale. Most strikingly, it all feels oddly domestic, with track titles referencing furniture, coding, craft, chess and understated romanticism only adding to this.

Using only a handful of layers in each track, Witscher works minimally and sonically with hyperactive gestures, long streams of transforming material and pointillist events. Space, volume, timing and movement are all treated with equal importance to the material used, resulting in constantly moving, sliding activity. Long undulating tones and Risset glissandi of both pitch and rhythm regularly provide structure to tracks. Extreme digital synthesis features heavily, employing similar techniques to Florian Hecker and Marcus Schmickler, but is balanced to create something quite weightless. Common themes of explosive bursts and hisses, bouncing objects and sing-song computer melodies all recur throughout.

Like a dream, the album unwinds quite spectacularly with a wide range of related but extraordinary material. ‘Smile Models’ begins with beautiful, metallic nasal undulations around fluttering, re-pitched flute before veering off into intense FM pattern repetitions. ‘var_len’ uses Reich-like voice pulses and a wreath of noise, and ‘buf. catch’ moves slowly between sustained bell tones as balloon-like shrieks wail in the background.

‘Kalashnikov Uzi’ skilfully transitions from metallic violence to piano reflection, but ‘The Chess Sickness’ takes quick, boggling respite a few seconds in. ‘8’ plays out like a strategy game, from reflective consideration to almost comical acceleration and deceleration as the tension builds before a move is made and consequences arise. A surprise also occurs as ‘Merci Cheri’ briefly rolls a fog of strings over proceedings.

But these descriptions really don’t do it justice. With so much detail packed in to its virtual setting, Vanilla Call Option delivers a wealth of intrigue, aggression, wry humour and earnestness, all conducted with poker face. Witscher’s revision of Rene Hell is something to celebrate and immerse yourself in.