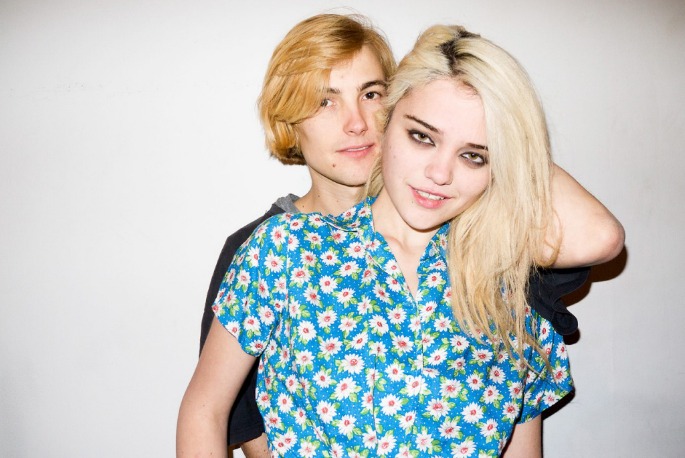 Smith also booked for various driving misdemeanours after being pulled over in Saugerties, New York.

Feted pop upstart Sky Ferreira was arrested with her musician boyfriend Zachary Cole Smith of indie band DIIV last Friday and charged with a number of offences, including drug possession.

Smith was also found to be in possession of 42 decks of heroin, and was charged with two counts of criminal possession of a controlled substance, one count of possession of stolen property, plus other driving violations.

Ferreira was found in possession of ecstasy and charged with criminal possession of a controlled substance and resisting arrest. The two were taken to Ulster County jail, and then released on bail. [via CoS and Pitchfork]

The ‘Everything Is Embarrassing’ singer finally revealed details of her debut album, Night Time, My Time, just last week, and she is scheduled to support Vampire Weekend on tour this autumn.

Update: Smith has taken to Twitter to dispute the charges: “what you’re reading is a police blotter, not the outcome of a court case. these cops wanted to fuck us, and they did. sky did nothing wrong.” Also, footage of Ferreira joining DIIV on-stage to cover Cat Power’s ‘Nude As The News’ has surfaced. [via Pitchfork]