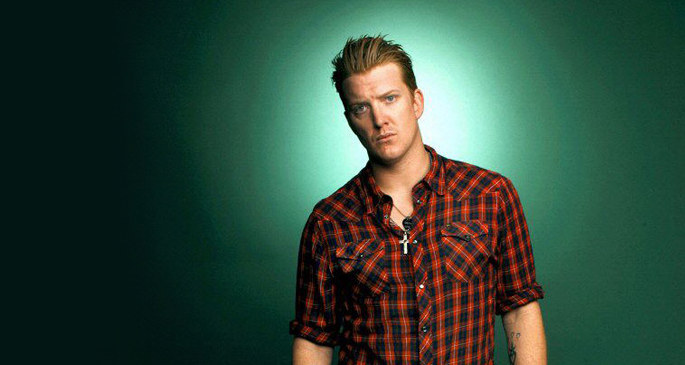 The ginger Elvis doesn’t care who he calls a “kook”.

Queens of the Stone Age’s Josh Homme was on CBC Radio 2’s Strombo Show on Sunday with his bandmate Dean Fertita, and the rock icon had some stinging words for Jay-Z after playing the rap mogul’s Made in America festival in Philadelphia this summer.

“That guy’s a kook, you know,” drawled Homme. “He has security frisking the bands on the way in.”

Unhappy at his band being searched, Homme threatened to cancel their performance. “I just told ’em, if you open up my bag, we’re not playing,” he said, adding that he’d never been treated like that before. “Only at a Jay-Z style festival.”

He also dismissed the corporate nature of event after the rapper gave the band a bottle of champagne and asked them to take a picture with it. “That’s not a gift, that’s a marketing tool,” said Homme. “I destroyed it, ‘cos I thought it was rude overall, and you shouldn’t frisk my guys, you should fuck off.”

Listen to the rest of the band’s Strombo Show interview, which includes chat about the making of their new record, …Like Clockwork. Queens of the Stone Age played Lollapalooza in Chicago last month – watch the whole set here. [via Pitchfork]